The first-ever Hip Hop party happened at 1520 Sedgwick Avenue on August 11, 1973 in the Bronx, New York City. On this date, DJ Kool Herc debuted the style of playing only certain parts of songs back to back that would make the dancers go crazy and let MCs get on the mic and control the party. Therefore, August 11 is known as Hip Hop’s birthday and 1520 Sedgwick Avenue is the birthplace of Hip Hop.

Now, 48 years later, Hip Hop has made it around the globe and back many times. At LiFTED, we focus on elevating Asian Hip Hop, so we have paired some of Asia’s biggest Hip Hop superstars with who we think their equivalent is in North American Hip Hop.

While both rappers come from different backgrounds - Divine got his start with topical, boastful raps and Eminem has always been a battle rapper through and through - one thing these two superstars have in common is movies. In 2002, Eminem was popular, but his debut movie, 8 Mile, really shot him into the stratosphere. The movie was a huge commercial success, and his song ‘Lose Yourself’ even won the Oscar that year for the Best Original Song.

Divine had been making a name for himself in the Indian Hip Hop scene for a while, but in 2019 the Bollywood film Gully Boy, inspired by his life, turned him into a celebrity and a brand. Divine also contributed to the soundtrack of the movie and helped with some of the dialogue, just like Eminem. Jay Park is to Korean Hip Hop what Drake is to Canadian Hip Hop. Park started off in a boy band. Drake began his career on a TV show. Both rappers have ruled the 2010s in their home countries. Jay Park runs AMOG and H1GHR music record labels and has helped the careers of pH-1 and Sik-K. Drake’s record label, OVO Sound, has brought the world names like PartyNextDoor and Majid Jordan.

Both Jay Park and Drake have shown the world a softer side of Hip Hop can exist on radio and in the streets. They have bridged the gap between places that weren’t known for Rap before, but now have a massive Hip Hop scene around them.

No, it’s not just because they have Miss in their names!

Mrs M is groundbreaking in many ways because she has come from far off place and made a name for herself by using her talent. Missy Elliot, when she first stepped on the scene, was not from New York or LA, and people were wary about this new rapper with a southern sound. Mrs M has flexed her creativity by working with other Asian rappers as well as superstar producers like Harry Fraud in NYC. Missy is an icon who is beloved anywhere she goes. Likewise, Mrs M is instantly recognizable for her large black shades - both rappers excel in stylish ‘athleisure wear.’ Bohan Phoenix has always followed his heart. Kendrick Lamar is the heart of Hip Hop. Creatively, both MCs give pieces of themselves to the music that other rappers are afraid to try.

Bohan’s #STOPASIANHATE anthem, ‘But I Still Love You,’ has a lot of Kendrick’s ‘Alright’ in it. The songs recognize that there are problems, and try to rally the people they know to be part of the solution.

There are a lot of crews in Asian Hip Hop, but the eight MCs of Rapital seem like they will kick the door in, sit on the desk, smoke vapes, tell the record labels exactly what they want to do, and then do it. In other words, they are following a modern-day blueprint of what Wu-Tang did many years ago.

Both Rapital and Wu-Tang have ferocious MCs that can float on any beat, but the sum of the total is always better than just the crew members on their own. Tsunari is half-Thai and half-Trinidadian, while Saweetie is half Filipino Chinese and half Black. They both know that doing collabs with big-name rappers in their own countries is the ticket to big success [Tsunari with MILLI and Saweetie with VAVA]. Let’s just see if it works...oh wait, it already did!

A lot of rappers have changed their names over the course of their careers, but as soon as these two did, magical things happened to them. Rich Brian used to be Rich Chigga. He had the smash hit, ‘Dat $tick,’ but people couldn’t take him seriously. 2 Chainz used to be called Tity Boi when he was a bag man for TI’s crew. Now, Rich Brian is headlining 88Rising’s Head in the Clouds festival, and 2 Chainz is a G and has put out a string of great singles and albums. The Higher Brothers have led the charge of making Hip Hop music in China extremely popular, just like the Migos have made sure the Atlanta Trap sound stays at the top of the charts. Both crews have undeniable leaders [MaSiWei for the Higher Brothers and Quavo for Migos], and everyone in the groups has released solo material to varying degrees of success. For both Higher Brothers and Migos, their force is strongest when they are together.

*SIDE NOTE*The Higher Brothers first crossed paths with Migos when 88Rising posted a video of US rappers reacting to their song ‘Made in China.’

We are living in a great time for female MCs. Cardi B, Doja Cat, and Rico Nasty say whatever they F they want about themselves and people love it. Megan The Stallion has arguably had the best year for a female rapper since Lauryn Hill put out her only studio album. While Yayoi Daimon’s music is more on the Dancehall tip, she’s clearly inspired by these strong women when she also talks about whatever they F she wants with style and zero F’s given. 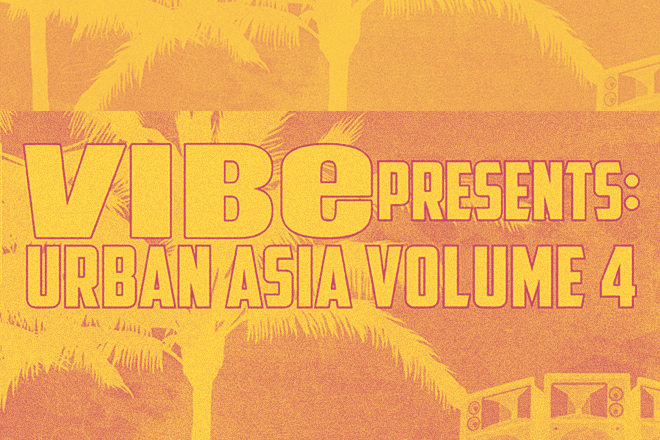