Low-rez, hyperpop, wig-heavy, and as cheesy as possible, Hong Kong’s The Low Mays go all out in their new video ‘明星生活Popstar Life.’ Fans of the six-man Hip Hop group may be confused at first by the 2000’s aesthetic paying homage to boy bands. Once they get in on the joke, they notice that the video is not just flamboyant visuals and performances. Instead, they realize The Low Mays are questioning the bleak morality of the evil entertainment industry.

Made up of Nile Bun, Lil Hanwo, Butcher Fong, Matty Gospel, Yung Bumblebee, and Healthy Lin, The Low Mays are pioneers of the Hong Kong Hip Hop underground scene. They’ve released two albums and earned five million combined plays from streaming services. They are the self-proclaimed ‘blueprint for the CantoTrap trend’ going on in all Hip Hop music in Hong Kong nowadays.

Directed by NatureHin over music produced by their long-time collaborator SILVERSTRIKE, The Low Mays ‘明星生活Popstar Life’ recreates cliche imagery and overused scenes easily found in 2000’s videos. For lovers of satire, the tacky backgrounds and inelegant costumes are sure to get a few laughs. 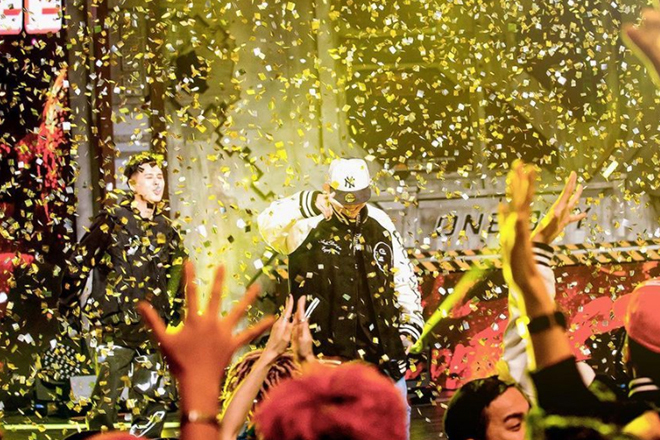 YoungLee takes the crown on Taiwan MTV’s The Rappers