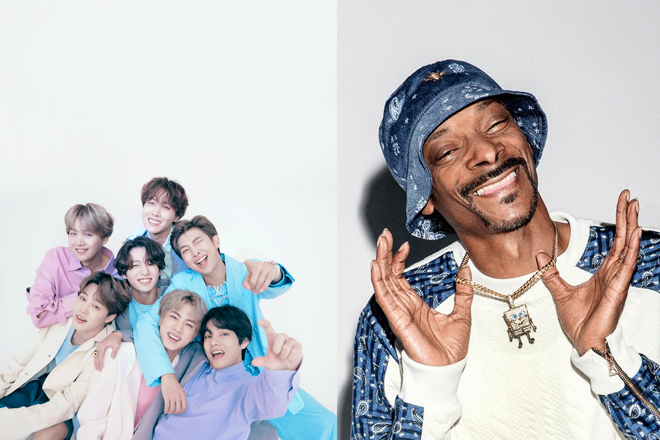 All fans of Snoop Dogg and BTS can rejoice as the Doggfather just has confirmed that he and Korean superstars BTS will be working together during the American Song Contest red carpet event.

Snoop isn’t new to the KPop scene. He’s already collaborated with girl group sensation 2NE1 and even did a feature with ‘Gangnam Style’ Korean sensation Psy. With so many international collabs under his belt, this man should be getting paid by the UN.

In an interview with the AV Club he adds, “The BTS experience you keep talking about. I’m going to let them tell you about it. It’s official like a referee with a whistle. I love that entertainment world. It’s good music. It’s a vibe. I make good music. They make good music. And we end up doing this. This is what it’s always about, bringing our worlds together.”

As to when fans can expect the track, the wait shouldn’t be too long for BTS’ announcement. The Grammy-nominated group is set to release a new album this year, according to their label BigHit Music.