The Taiwanese rapper releases his first solo album after 20 years

As one-third of the well-respected Hip Hop group, 參劈 TriPoets, ILL MO has seen a lot in 20 years of Taiwanese Hip Hop. This past week, he released his long-awaited debut album, BECOMING, and it’s one of the most exceptional albums of 2022.

From the jump, Becoming just sounds different. It has a Jazzy, Lo-Fi feel that could be the perfect soundtrack for a poetry slam in New York City on a Tuesday night or a breezy balcony overlooking the ocean in Hualien, Taiwan.

Becoming is different because it’s based on philosopher Gilles Deleuze’s thinking about the relationship between identity and difference. The lyrics are highly introspective and reflect on the person ILL MO has become and what he’s learned about life along the way. He’s not tied to one style of music, but the fingerprints of Boom Bap flow with him from one song to another.

The Jazzy ‘Intro’ features scratches by DJ Kool Klone, and it flows perfectly into ‘Home,’ a joint that reminisces about ILL MO’s time in New York with help from Manchucker. ‘Got Me in My Mind’ is probably the most commercial track, yet it still keeps those throwback vibes. On ‘Off the Wall,’ ILL MO is joined by Indigenous singer Abao, who has such a powerful voice that it seems like it carries all the stories of her Paiwan tribe in it.

ILL MO, who has a Ph.D. in English Literature, comes from the KRS-One lineage of intelligent storytelling in Rap songs. His track with Dwagie, ‘Symphony 47,’ tells the tragic tale of the 228 Incident, where the government violently suppressed a protest by massacring Taiwanese citizens.


Overall, Becoming feels like it flows together perfectly. It’s not meant to be listened to in chunks but as a whole. ILL MO said in a chat with LiFTED, “Becoming is a documentary of a long journey and a revelation of my inner world. It is the growth of a rapper and the maturity of a person.”

ILL MO’s Becoming is remarkable because it’s a rare piece of art that isn’t the same as anything else. It’s just different.

Check out ILL MO’s Becoming below. 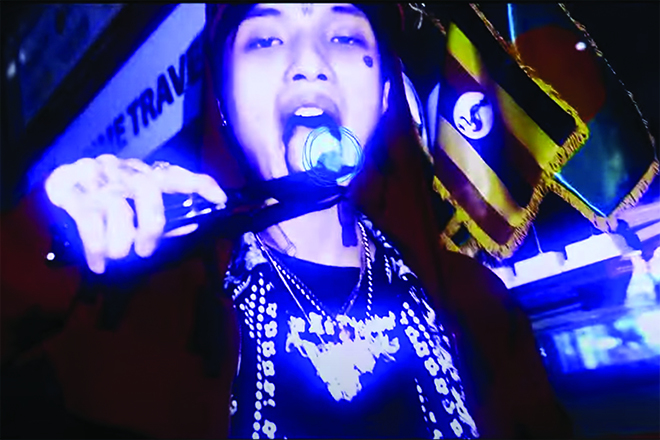