The LiFTED 5: Masia One goes and gets it

Masia One has never been one to play by the rules. In her latest single on Nusantara Records with her long-time producer ALX, ‘Go Girl Go Get It,’ the Singaporean-born MC meshes Old School Hip Hop with Pop-infused melodies and a sprinkle of unfiltered lyricism on top. “This song is the awakening of your best self. Literally,” she said. “Get up in the morning and put this on while brushing your teeth and feel energized and empowered to face your day.”

After nearly two years of COVID-19 lockdowns, some health issues, and a lingering sexual abuse case that happened on her tour, Masia One is happy to be back to what she loves - making music. After a long time spent in reflection and emerging from this difficult time cancer-free, she’s here to share her fresh perspective on life and getting back into the healthier hustle. You’ve had some recent issues with your health. Do you want to give your fans an update on how you are doing?

I’m doing great! Coming out of major surgery was a wake-up call to pay attention to how hard I was working, my everyday practices, learning to listen to my body, seeking balance, checking in with mental health, and probably sleeping more. Sometimes Chiney Money is taking a more holistic hustler approach now. You can check out my healing journey here.

This whole experience made me see how a patriarchal society could affect women’s health from what we are taught about our bodies as girls to how medical advice is given to women. As I sought a more holistic healing, I also learned about the diseases that stem from stress and re-connected with the more feminine aspects of my personality that had long been suppressed. I knew with my next few releases I wanted to explore a more female energetic side of my music and subject matter. You’ve been doing a lot of Empress Talks on IG Live as well as Clubhouse. Can you please tell us more? Why should someone tune in to hear what you’ve got to say? What have you learned from these sessions yourself?

Spending the last decade working in Hip Hop & Reggae, I am usually in very male circles. As a result, I gave very little attention to the female perspective, and prided myself more to be able to “hang with the boys.” A series of experiences in the last few years, including a sexual assault reported on my tour, my voice being used without credit by a notable male producer for a major movie franchise, and this most recent health scare brought to the forefront in my life how gender inequality leads to toxic behavior. I realized there are not many platforms for women, especially in the Asian creative industry, to voice their experiences and achievements.

These Empress Conversations are casual chats on IG Live that lead up to the debut of my next single ‘Go Girl Go Get It,’ however with the overwhelming feedback I’ve received I think they will probably continue beyond this release. I wanted to shine a spotlight on the phenomenal women that inspire me and give them a space to share their insights and wisdom. I’m also broadcasting live my own journey to reconnect with feminine energy and since my following is 70 percent male so we can explore this together and learn from the Empress. Has there been any movement in the Richie Stephens case? What is going on with that?

In 2020 we released a song called 'Not All That Glitters is Gold,' to speak out against sexual abuse that had allegedly taken place on a 2019 tour in Australia where my personal assistant at the time, Elaine Lim [General Ling] reported a sexual assault by the headlining artist on the tour, Richie Stephens.

After two years of waiting on the Victoria police in Australia to lay a charge, it did not move forward due to insufficient evidence. It was very eye-opening to go through the process of what a survivor would go through to report a sexual assault. In real-time I witnessed Elaine follow all the right steps of a system that in the end failed her. I understand now why more survivors have never reported their abusers, seeing how survivor stories are treated why they rarely reach the courtroom.

In recent days, legendary Jamaican singer Tanya Stephens spoke out about her own sexual abuse at 17 years of age, giving Elaine the bravery to tell her own story in a YouTube video that addresses the assailant. The video has since gone viral in Jamaica, with vloggers, dancehall celebrities, and media holding conversations about sexual abuse and the #MeToo movement. We are seeing more accountability brought onto the perp through the people and community. It’s encouraging to see a topic once taboo, being addressed so that survivors will have more safe spaces to seek healing and accountability. The truth will always find a way to the light. This Reggaeville article is a good summary of the situation.

It has been one year since we launched our Not All The Glitters campaign, and we’ve brought together an international empress tribe of female and male artists, all speaking out against sexual abuse in their own language for a remix that will be released March 8, 2022 on International Women's Day. There are a lot of females coming out in Hip Hop now all over Asia. What do you think about Pyra, Ramengvrl, Mrs M, and others? Since you are an OG, what advice do you have for them trying to make it in the music business?

These women are phenomenal and what I love is their unique personalities shine through as MCs - I mean isn’t that what Hip Hop is all about? The collaborations that happen between these women are so powerful bringing shared perspectives and topics to the table like Pyra & Ramengvrl's 'Yellow Fever.' I had a chance to tour in Mongolia with Mrs M and the last time I saw her we were rapping in a yurt for a nomad family near Darkhan witnessing Hip Hop for the first time. Her innate cool and calm that translates to her flow is inspiring. Good times. I love Awich, who is making big moves in the Japanese market, Kayda, Arabryd, and Hullera in Malaysia.

My advice? Get a good lawyer and stay independent.

Please get us hype for ‘Go Girl Go Get It.’ How did the song come about?

It’s been a rough two years for a lot of people, and I wanted to put something back out into the atmosphere that was upbeat, hopeful, and encouraging everyone on their hustles. During my healing period, I explored different wellness practices including affirmations, which I used to think were corny. As it turns out, affirmations are a great practice, they work in strengthening the mind and body and I wanted to create my own Hip Hop affirmation song. I shot a music video for this song with Studio Shabba here in KL, - the MV will also be dropping the same day as the single November 4. The video showcases 3 homegirls, a choreographer, a PhD lecturer, and a fitness training mom, coming from different walks in life, but each taking the time to have fun and express themselves in their daily lives.

I hope everyone young and old will bump this tune in the morning, dance or sing to it and feel energized to pursue their purpose. Go get it! 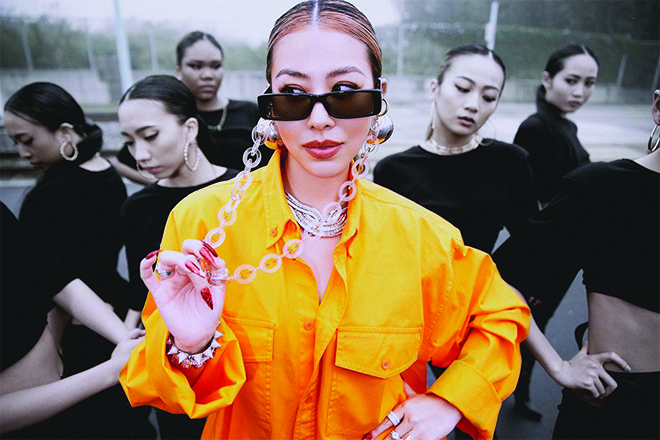 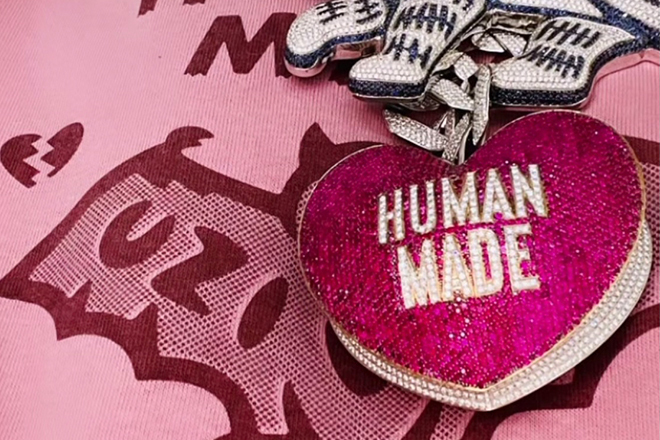