Repping Chonburi, Thailand, CHU WEN and K6Y are two underground rappers who first made their presence felt in the Thai Hip Hop game with their ‘Chonburi Flow’ sound. This time around, the duo fuses a little West Coast chill with classic 90s East Coast lyrical flow in their latest ‘Freestyle V.1’ video.

Originating in the late 1970s, East Coast Hip Hop first ruled the game with a heavy emphasis on breakbeats, loops, and hard-hitting lyrical flows which contrasted with the West Coast’s laid-back G-Funk vibes. In ‘Freestyle V.1’, CHU WEN and K6Y have kept the jazzy samples, but with a simpler, sun-soaked beat, bringing their Chonburi Flow into a more relaxed state that fits the Pattaya seaside perfectly. Produced by frequent collaborator WalE, the duo spits articulate bars while they flip between English and Thai easily.

There is nothing complicated about this freestyle rap, but it definitely creates a sense of nostalgia for those who have been following Hip Hop for decades.

Taiwanese-Thai mixed CHU WEN and K6Y are both with Chonburi-based indie label E-Records. The duo has collabed on numerous projects, notably their successful ‘Boonmee’, a compilation with other Chonburi rappers which aimed at raising money to build a music room for Wat Tapotaram School. 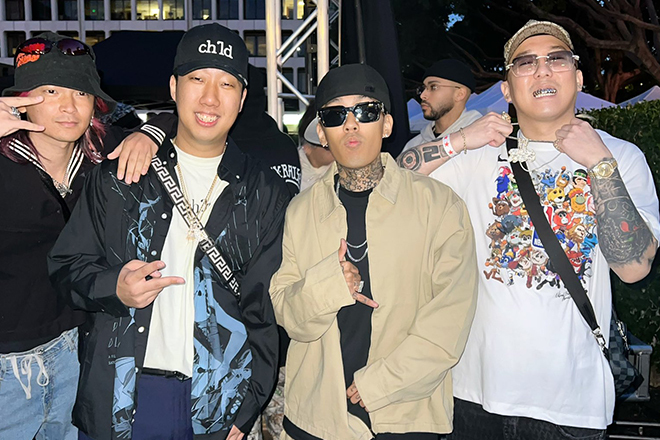