“I just want to create music that fulfills me and hopefully makes people feel good too.”

Heavy is the head that wears the crown. If Taiwan’s current Hip Hop king, E.So, is feeling weighed down by success you’d never know it. His face is all over Taipei’s flickering landscape, endorsing everything from Omega watches to local skin toner. One of his recent singles and videos, ‘Way Up’ has him ambitiously rhyming over an Afrobeats groove while rolling through the South American jungle dodging elephants and other wild animals.

The co-founder of Taiwan’s top Rap collective, MJ116, has broken out big time, and while his partners Kenzy and Muta have also released hit tracks, E.So has become a celebrity. He had three nominations at last year’s prestigious Golden Melody Awards, usually the domain of Mando Pop idols. His YouTube drops hit the million views mark within days. His last album, Outta Body, is streaming in the tens of millions across digital platforms, and his new one, EARTHBOUND, is one of the year’s most highly anticipated. Clearly his time is RIGHT NOW.

We were lucky to catch up with this in-demand face of Taiwan’s buzzy Hip Hop scene, to ask him about how it all started, how he, his crew, and Taiwan’s Hip Hop scene has evolved since its humble beginnings, and who his Rap heroes were coming up.

E.So. Thanks for taking the time out of your busy schedule to talk with us. Congrats on all the new music you’ve been dropping so far in 2022! It seems like your career is really in a good place right now, and we’ve been watching you blow up. In your latest video for ‘妹妹 Mei Mei,’ you and the MJ116 crew busted out some fresh dance moves as old men. Do you ever think there is a time to be too old for Hip Hop or do you think age ain’t nothing but a number?

Age is definitely just a number and Hip Hop is a lifestyle!

Watching ‘妹妹 Mei Mei,’ I was very impressed with the warmth of the party scenes and the humor in the video overall. What was your goal with this video?

I didn’t really think about it too much, we just wanted to have fun.

Your single ‘Way Up’ has a very Tribal feel to it. ‘妹妹 Mei Mei’ also has some Afrobeats drums in there. So these aren’t straight-up Hip Hop tracks. Will the whole EARTHBOUND album sound different like this?

Yes, the tracks are pretty much all different. I was having too much fun making this album, so it ended up being all over the place.

Humor plays a big part in your music videos. Who is funnier? You, Kenzy, or Muta? Why?

Well, definitely not Kenzy. I would say I’m the funniest but in a very subtle way. I’ve always tried to add some humor to my work. You’ve been friends with Muta and Kenzy since your school days. What are the three things that you are most proud of that you have accomplished with them as MJ116?

Three sold-out concerts at Taipei Arena, winning the Golden Melody Award, and of course, our friendship.

I saw that Muta just had a baby. Are there any kids in store in your future?

I would love to have lots of kids, but I wish to be able to spend time with them, so before all that I need to think of a way to not be so busy all the time.

You’ve been in the Hip Hop game since 2004. What are some of the changes you have seen in the Taiwanese Hip Hop scene?

Most people think Hip Hop has made it in Taiwan, but the real reason behind that is people fantasize about stars instead of really understanding this music genre. With that said, Hip Hop still isn’t truly accepted by the masses yet, we’ve only succeeded in creating what people want to see. The genre itself still needs to conform to get accepted in Taiwan. We still have a long way to go, but on the bright side, we are definitely on the right track.

Did you check out MTV’s The Rappers reality show? If so, what did you think about it? Are there any up-and-coming rappers in Taiwan that people should know about?

Yes and no. I only watched a few episodes. Can’t say much about it, but YoungLee seems pretty cool.

I heard that you learned English from Hip Hop music. Is that true? Who are your five favorite rappers? Why? Who do you listen to today?

Yup, I started learning English by listening to Hip Hop songs. It’s pretty hard to choose only five, but I would say Snoop Dog, Method Man, and J. Cole are my all-time favorites. I’m currently listening to Goldlink and Skip Marley.

What do you want your legacy to be when you are done making music?

I’ve never thought about it actually. I just want to create music that fulfills me and hopefully makes people feel good too. ‘Take Off, Touch Down’ shows Bohan Phoenix in a funky new light

The anticipation for Bohan Phoenix’s album is building 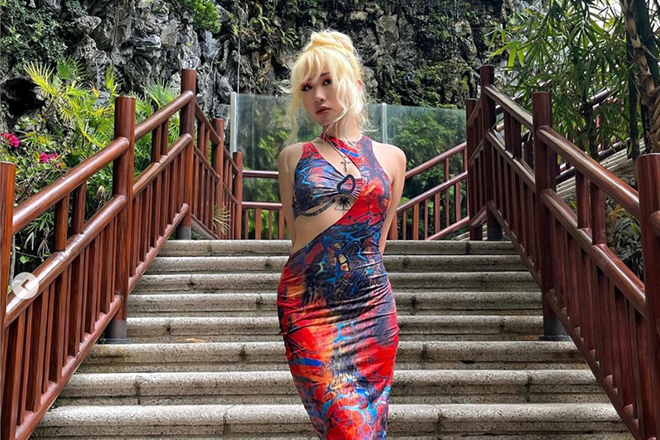 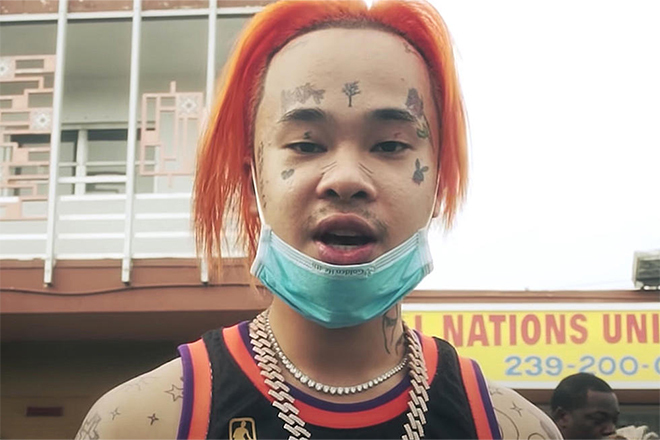