Being fit is not a prerequisite of being a dope MC. From the beginning of Hip Hop, the Sugar Hill Gang guys were huge, The Fat Boys lived up to their name, The Notorious B.I.G.’s nickname was Biggie Smalls for a reason, Heavy D called himself the ‘overweight lover,’ and Rick Ross loves to dip his rhymes in sauce.

On April 9, MJ116’s heftiest member, 大淵MUTA, released his video for ‘FatBoyGang,’ which is an ode to the culinary delights of Taiwanese food. For a little less than four minutes, 大淵MUTA raps in a local restaurant while extolling the virtues of being a big guy. He starts off in the kitchen where he reminds people that while the boss may be fat, he’s not afraid of the heat. He makes his way to the storeroom, past the dishwashers, and then reminds the viewers that he’s here for the cuisine and not for the boss’ daughter.

大淵MUTA eventually gets to a table where he’s joined by his crew including beatmaker Tipsy Kou, Taiwan Red Bull 3style champion DJ Afro, and many others who are ready to eat. A few unlucky guys who are taking selfies with food from the table over don’t have a good meal as their food is eventually commandeered by 大淵MUTA’s crew, who live up to his line, “Chopsticks are prepared like we are going to war.” This duo is taking Japanese Hip Hop to the top 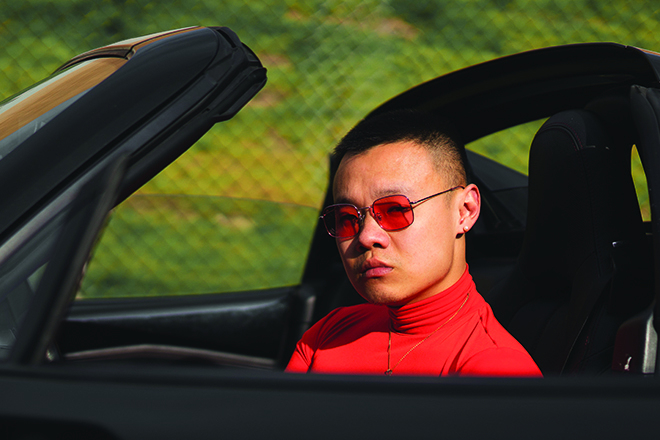