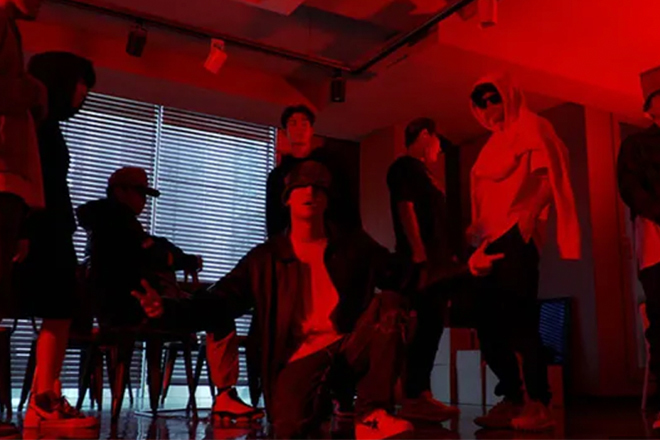 In May, LiFTED covered Malaysia’s 15-MC crew, the FORCEPARKBOIS, and their single ‘Lotus,’ as it got a remix from across the border in Singapore by the likes of OmarKENOBI, Miiko The 13th, AE$OP, CA$H, Frank Loco, and YHB Sleepsalot. Since then, it’s gotten a Brunei remix from Vandalisma, MZL, Swanz, Supahmiyahi, and Nuzz01, as well as a solo remix from Malaysia’s Zamaera.

The video, released two days ago, is closing in on a million views already. It’s shot in what is presumably the H1GHR Music offices and is colored in red [for the holidays?]. Usually, cyphers are rough and tumble, but this ‘Lotus’ remix goes the opposite way and shows the Hip Pop and R&B qualities Jay Park and crew are known for.

Park starts off the track smoothly by speaking in Malay and giving love to the FORCEPARKBOIS. With his smooth verses, it’s easy to see why he’s the leader of the crew. There is a part in the middle of the song where pH-1, Trade L, and Woodie Gochild go back to back that just hits properly for Hip Hop heads. ‘Lotus’ is a banger through and through. When the world gets back to normal and all these crews can finally take the stage and play this song together, it’s going to be one of those moments in time that everyone remembers.

Check out the H1GHR Music remix of ‘Lotus’ below. If you know, you know