In the first scene in his new video ‘Humble Swag,’ The Higher Brothers’ Masiwei is plucking a guqin, a stringed instrument from ancient Chinese times. With a jade chess piece as the cover to his latest album of the same name as the video, Masiwei is distinctively linking the past with the present for his latest project.

The term humble swag is a bit of an oxymoron because it’s contradictory in nature, but so is being a Hip Hop star in modern-day China. For thousands of years, people in China and other Asian cultures have been taught to be humble or modest. Being an MC is the exact opposite because it's your job to prove that you are the dopest one to touch the mic. You need to have that swag and drip to show everyone that you are untouchable.

This is where Masiwei comes in with his ‘Humble Swag’ and walks that fine line. In China, you don’t want to get too big or be too controversial because your career can be washed away very quickly at the first sign of trouble. Ask Kris Wu.

Masiwei and his team know this, so they keep it low-key but let the drip shine. In the video, besides playing the guqin, Masiwei flips between being an aspiring MC, a footballer, a sniper, a delivery guy, and a businessman. There are nods to 50 Cent’s ‘In Da Club’ as well as Kendrick Lamar’s ‘Alright’ throughout. Finally, Masiwei ends up playing chess against himself with jade pieces to show that the only real competition he has is himself. With this jade green motif heavy throughout the video in clothing, 3D renderings of temples, and chess pieces, Masiwei delivers the swag with Chinese characteristics.

Check out Masiwei’s video for ‘Humble Swag’ and his whole album of the same name below. 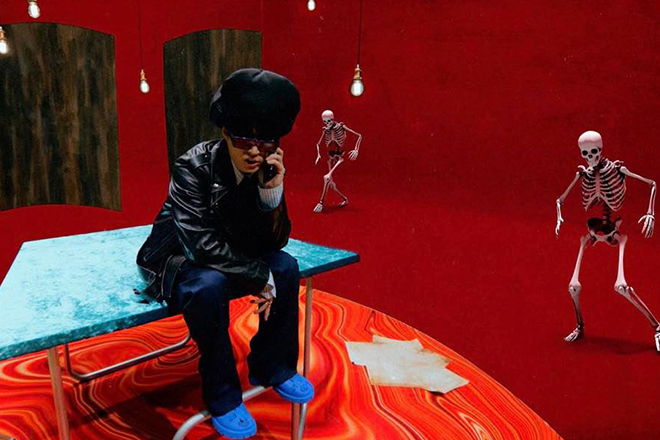