JP the Wavy has got that bounce in ‘WAVEBODY’

The last few years have been really good to JP the Wavy. While a pandemic may have stopped artists from touring and doing shows, people that are good at social media have risen to the top. That’s where JP the Wavy sits in Japanese Hip Hop as everything he does gets millions of views on YouTube.

‘WAVEBODY,’ released yesterday, is well on its way. The banger harks back to a time when Hype Williams’ videos were everywhere and has a bounce that is reminiscent of peak Jay-Z and Timbaland. It really makes people long for the dancefloor that they have been missing for these endless months. It also has that feeling of sweaty bodies packed tightly while busting out the freshest dance moves to raucous applause from strangers. And that’s all before the rapping even starts.

JP enlists a tight crew of OZworld, LEX, and ¥ellow Bucks to rap alongside him, but JP is the star of the show here. He’s even got four miniature versions of himself and the rappers decked out in JP the Wavy jerseys, fly sunglasses, and braids. While the beat and the rappers are dope, it’s the kids who steal the show.

Check out JP the Wavy’s ‘WAVEBODY’ featuring OZworld, LEX, and ¥ellow Bucks below. 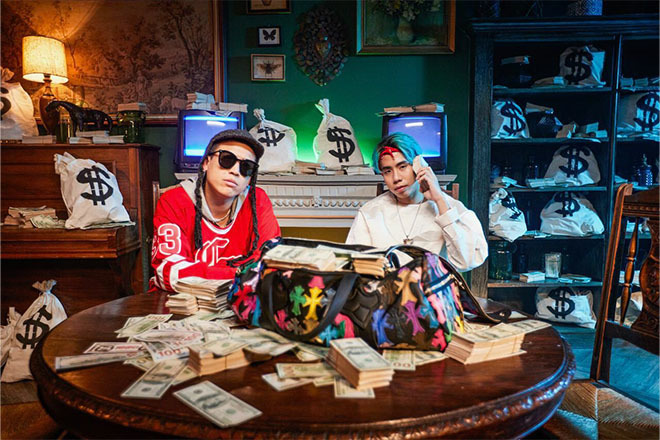