Big-name rappers like Bohan Phoenix, MC Jin, and China Mac have taken turns to voice their support for the Asian communities regarding the recent surge of anti-Asian violence. The latest rappers to join in the fight are people you would have never guessed - a group of nearly a dozen Asian grannies wielding the most dangerous weapon in the house - a feather duster.

Calling themselves The Grant Avenue Follies [aka the Follies], the San Francisco-based community formed by a group of Asian senior citizens have been a regular musical talent beloved by Chinatown residents with their energetic singing, dancing, and now even rapping. Their latest creation is a three-minute tongue-twisting Rap song named ‘Chicken Feather Duster Rap’ [Gai Mou Sou Rap 雞毛掃說唱].

‘Chicken Feather Duster Rap’ is part diss track, part empowerment anthem written in Cantonese and English. While lyrically, the grandmothers aren’t going to take Jay-Z’s crown any time soon, they more than make up for it in emotion and lighthearted humor as they repeat the key line ‘Beware of my gai mo sou [chicken feather duster]. They even go a little further with the next line, “Wack! Wack! Wack! Wack!”

Has a chicken feather duster ever been referenced in a Hip Hop song? A quick Google search says no, but it doesn’t seem like an odd choice when you know that they symbolize law and order in Asian culture. In nearly every household, a chicken feather duster is used as a disciplinary tool whenever kids are not behaving. Riffing off the slow beat produced by Greg Landau, the Follies have a loud and clear message, ‘Don't mess with grandma and treat your elders with respect.’

In the music video, the ladies are representing their hood with oversized T-shirts, backward and sideways caps, bedazzled sneakers, and feather dusters. Clara Hse, director of Clarion Performing Arts Center where the group rehearses, has also set up a GoFundMe page to cover the production costs of ‘Chicken Feather Duster Rap.’

"Clarion and the Follies feel compelled to bring the rap to life, to make a strong statement, to remind others the value and vitality of the seniors, and to beat violence with grace," she wrote on the GoFundMe page.

You can now watch the video below. 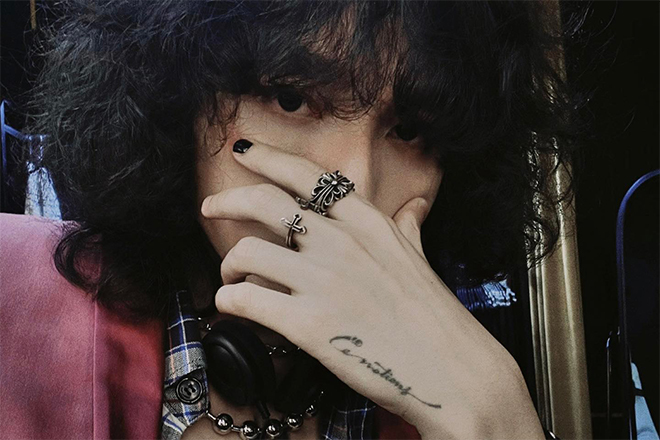