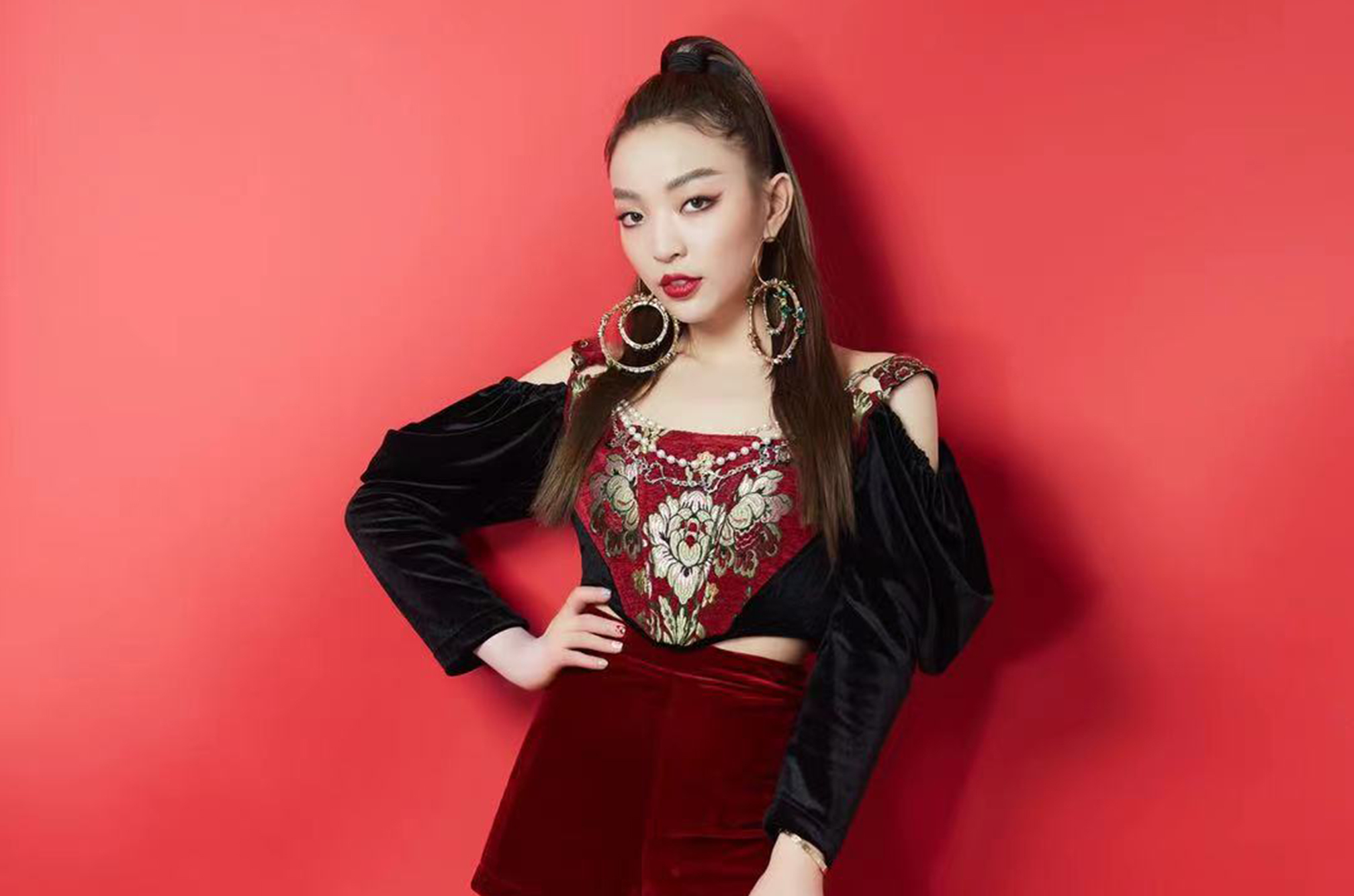 Carrying on with the tradition of strong ladies in Asian Hip Hop, LiFTED’s October cover star is China’s VAVA. Hailing from China’s spiritual home of Hip Hop, Chengdu, VAVA has been performing and working on her craft since leaving school in 2016. The decision has paid off, as she’s now one of the most recognized rappers in China, period.

She broke out in season one of The Rap of China and was the only female MC to make it into the top four. Since then, she’s released two albums and two EPs, signing with Warner Music China along the way. She’s also been the face of Alexander Wang and Kappa, and her 2017 mega-smash ‘My New Swag’ was featured on the Crazy Rich Asians soundtrack.

We caught up with VAVA on the eve of the premiere of her new single ‘Red,’ which she just performed live on the New Generation Hip Hop project.

Yo, VAVA, it’s great to sit down with you. We’ve been following you for a while now! What’s new in your world, what have you been up to recently?

Hey, thank you for asking me! I just gave myself a short break during the recent National Day holiday. I’ve been too busy preparing my new album and upcoming tour to have any rest recently.

You’re from Sichuan, which seems like China’s New York when it comes to Hip Hop. So many big names came from Chengdu, from Fat Shady to Higher Brothers. How did you first get exposed to Hip Hop, and why do you think the culture is so strong in Chengdu?

I started my Hip Hop journey when a friend told me that my rhythm was good, and asked me if I would be interested in rapping on a demo, to which of course I said yes. Then I just got better and better while continuously learning.

I think the secret of Chengdu’s culture lies in its unique language system, as well as the people of Chengde’s desire for freedom. They dare to try and innovate. The strong atmosphere creates a good learning environment for us, and the community has been built by a lot of homies, which I believe is one of the reasons why so many people like Chengdu. 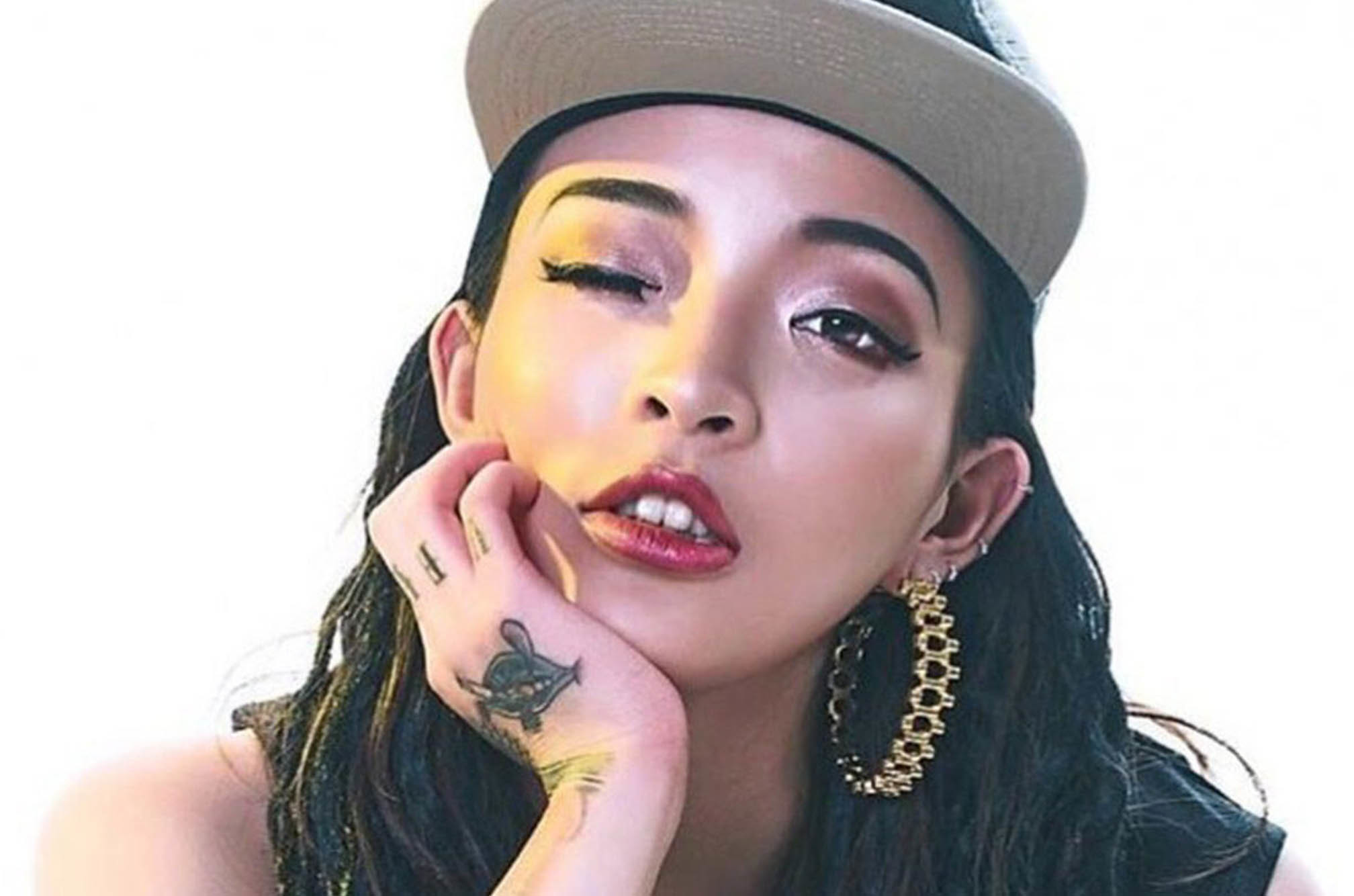 When you first started out, did you rhyme in your local dialect or Mandarin? When did you start rhyming in English?

When I first started rhyming, I used local dialect and Mandarin, but Mandarin was almost always mixed with dialect. I didn’t want to be pegged to one or the other, so I tried different languages in the beginning, with English being included. Recently, my English rhyming has gradually increased.

We first noticed you in 2017 when ‘My New Swag’ [Feat. Ty. and Nina Wang] came out. That track is so FIRE and has over 28 million YouTube views! I love how you used traditional Chinese instruments and even Peking Opera vocals on it. How did that happen?

I like Chinese traditional culture a lot, and I hope to create a richer and more integrated cultural style, so I wanted to do Rap with Chinese characteristics and incorporate some Oriental cultural elements into Hip Hop, such as folk songs and Beijing opera. I hope to bring traditional musical instruments and quintessential Chinese sounds to the world and show a different Chinese style. It was actually a coincidence that I added Peking Opera elements to ‘My New Swag’. My friend’s wife is a professional Peking Opera actress. When I listened to her performance, I suddenly wondered what kind of sparks would fly if we integrated Peking Opera into Rap? From the moment the song was finished I thought it was brilliant.

Your real breakout moment was the first The Rap of China show. That whole phenomenon was so massive, it really put Chinese Hip Hop on the map. What was it like to make it to the final four, and to be the only female finalist? After that experience, how did life change for you?

When I went to The Rap of China, I didn't think much about it at all, and I didn't have high hopes of getting hot. But I had a sense of confidence, and I felt that it was ok to give it a try. The recording period of the show was a closed set, so I didn't know the impact it was having on the outside.

After the show finished recording, I found that there was a big change. More people knew me, offers and opportunities started coming, and my work gradually got busier. At the same time, what makes me so happy is that Hip Hop has become popular and so many people have been exposed to the culture. This was always my original intention – to let more people understand and enjoy Hip Hop. Tell us a little about your 2019 album Mao Yan Qi. Its title is your name. Is that your most personal work so far?

Not really. Every album is very personal, representing myself at different stages. My feeling is the present VAVA must be the best VAVA, and express what I want to express right now. I will pour my emotions and thoughts at the moment into my songs.

Some people have called you the Rihanna of China. Why do you think that is? Are you a big fan of hers? Who are some of the rappers who inspired you most when you were coming up?

I feel very honored, but I wouldn’t dare to compare myself. I hope I can be as successful as her and make as much good music. Rihanna is one of my role models and I am a big fan! She has given me a lot of creative inspiration. At the same time, artists like Nicki Minaj, MC Hot Dog, and J Cole have all been sources of inspiration for me.

Your latest single, ‘Red,’ with Thai EDM producer 22 Bullets, is pretty dancy. Is that a new direction you want to go in, or just a fun collab you wanted to try?

The song ‘Red’ I did with 22 Bullets was an interesting experiment for me. I don't like to set limits on my own direction or creativity. I have been experimenting with new things, and I am also willing to challenge myself constantly. 22 Bullets is a very cool producer, I really love this song we created together.

What does the rest of 2021 and 2022 look like for you? Will you have a new album or EP coming out anytime soon?

I will continue to work hard, and constantly improve myself, as well as prepare a new album and tour. I hope I can share it with you soon. The Thai MC has shown consistency all year