Spreading the joy of Hip Hop with Hong Kong’s JB

"It’s true that art comes from pain, but I’d rather share positive vibes."

Our cover star for April is one of the most well-rounded artists in the Asian Hip Hop game, period. Also one of the most unique. Wilfredo Alconaba AKA Jiggie Boy AKA JB is a Hong Kong born-and-raised, ethnic Filipino rapper who rhymes in tone-perfect Cantonese, with an extra dose of street slang. JB is also a Bboy known for his popping and locking, and a well-known graffiti writer. Oh, and he’s also learning to DJ. That takes care of the four elements of Hip Hop, so what else is there for JB to do?

When we asked him that exact question, he simply said, “Keep working hard to get better.” He broke out a few years ago when he decided to quit his day job and release the single ‘潮共 [Fashionable Public Toilet]’ which is a wry take on fashion followers and culture vultures. He dropped that joint in ultra-slangy Cantonese [not an easy language to rap in, to begin with] at a time when most Hong Kong MCs were still trying to rhyme in Mandarin to tap into the China market. JB’s song hit a nerve, Hong Kongers heard their own voice, and they heard authenticity. And so, in a landscape dominated by Canto Pop and Boy bands, an unlikely star was born. An ethnic minority who’s grown up in the thick of Hong Kong Chinese culture and represents the true melting pot of Hong Kong. JB is a voice of the streets and the Hip Hop underground, and now because of his ability to portray everyday situations in a ‘local’ way, he’s becoming a voice of the people. When LiFTED attended his sold-out show last year, the crowd of a few thousand knew the songs and the lyrics, whether they were in hoodies and baseball caps or Gucci and Balenciaga. We caught up with JB at his studio in an old Hong Kong factory, where he writes, paints, and plots his next moves.

Yo, JB! It’s really a pleasure to sit down and chill with you in Hong Kong, where we both reside. We’ve been following your career closely over the past few years and you seem to be making all the right moves – even in these crazy times. What’s keeping you busy these days?

Hey what’s up, thanks for having me. Right now I've been working on an album with my Bboy crew. We’re all dancers, but they rap too.

According to many Hong Kong rappers you’re wearing the crown right now. Do you see yourself as the King of Hong Kong Hip Hop in 2022? Who else is in the conversation right now?

[Laughs] Mmm…Nah, man. No one can be the king because Hip Hop is for everyone. But I love KZ, he’s an OG rapper but his rhymes are so hard and meaningful for me. But for right now? Probably me or BMW [haha], or also Novel Friday, Wolfie…a few others on my label. You grew up as a Filipino kid speaking Cantonese, English, and Tagalog in Hong Kong. What was that like? Did you feel like it was harder to get recognized not being part of the dominant Chinese culture? Were there any ways it was an advantage?

Actually, I didn’t feel a really big difference because I grew up here and went to local schools. We grew up altogether, so I don’t feel like they’re that different from me. But I’m a Filipino staying in Hong Kong. I was born and raised here. But Hong Kong is also really multicultural, we have Filipinos, Thais, Nepalese, and Indians, but we all went to the same schools and speak Cantonese.

Traditionally, in order to really make it in music in Hong Kong you should be Chinese right? Like Canto Pop. But is Hip Hop the game changer? Is it the medium where anyone can get in now?

Yeah for sure, if you have skills. Like I said, Hip Hop is for everyone. It’s well known that you’ve got all-around Hip Hop skills. Obviously, you can rhyme, and you Bboy, but do you also DJ and write graffiti. What got you into Hip Hop culture first?

Actually I’m not really a DJ. I’m learning, but I’m not really good yet. But yes, I’m an MC, I write graffiti, and I Bboy. I first got into Hip Hop through Bboying - not really breakdancing but popping and locking.

Oh word? You were doing the Electric Boogaloo?

Haha, yeah…Waving, Robot, all that.

It feels like the last two years have been a blur of lockdown, restrictions, not being able to travel. Yet you turned lemons into lemonade with your hit song ‘Waiting’, which really captured the frustration and boredom of COVID. You also had two big sold-out shows at Macpherson Stadium a few months ago when things loosened up a bit. It must be hard not being able to play live more.

Man for sure, it’s hard. If I have more shows and tours I get more motivated in my work. Because when stuff is happening is when you get inspiration for what to write about. I write about things that happen in my life, and when you’re sitting around stuck the writing gets stuck. That’s why I wrote ‘Waiting.’ That’s what was going on in my life then. And honestly, I don’t want to keep writing about negative stuff. It’s the truth, so I’ll write about it, but I prefer to spread joy. It’s true that art comes from pain, and I feel pain of course, but I’d rather share positive vibes.

Tell us a little about your label Greytone Music. How did you start it and who are some of the artists making noise on the label now?

I started Greytone a little over three years ago. Back then I was working in a shop selling streetwear. I was also Bboying then and writing some rhymes. I would record them for myself but wasn’t really trying to be a rapper. Then, a mutual friend introduced me to Keni [Greytone co-founder] who also lived in my housing estate. We linked up through my friend and I found that he can make beats and was a singer, so I recorded ‘潮共 [Fashionable Public Toilet]’ at Keni’s house and that’s how we started. Basically, I wrote the song about my customers who would come into that shop to buy fashionable brands, like Supreme or whatever is the flavor of the moment. Then we shot a video and people liked it and I started getting shows and we started the label, so I quit that job. Did your family support you to pursue music full-time?

I didn’t tell them, haha. But when they found out of course they were concerned that I don’t have a full-time job. But actually in the end they supported me because my dad is a drummer. He likes what I’m doing.

Greytone is also involved with the What’s Good Music Awards 2022, right? We were all so excited for Hong Kong’s first-ever Hip Hop awards before these new COVID restrictions forced everything to push back to later in the year. It’s a really big moment for Hong Kong Hip Hop, when do you think they will happen now?

We hope it will happen this year. We could have done it online, but we really want to do it live in a venue with a stage and people. [At the time of this writing the What’s Good Music Awards 2022 are slated to take place on August 6, 2022.]. The record that really broke you out was ‘潮共 [Fashionable Public Toilet]’ a few years back. It’s seen as a quintessential Hong Kong Rap record. It’s super local, slangy, and all in Cantonese. Do you think that song allowed a lot of current rappers to feel good about rhyming in Canto again?

You know, a lot of the slang terms in that song originated from Sneaker Street in Mongkok. They have their own slang around there. So it’s local local. But I think it probably helped move the scene in that direction, yes. Because at that time the local Hip Hop scene was either rapping in Mandarin or English mostly. Rapping in Cantonese was not really popular. Maybe because the way we speak Cantonese and the way it’s written are so different. I just did it how we normally speak and people seemed to like it. Maybe it’s easier to understand that way.

When you were coming up who were your Rap heroes? Who did you rap like as you were finding your own style?

In Cantonese it’s definitely KZ, LMF, and I really loved JL, who’s super underground. As far as US rappers go, I really love Mac Miller. His jazz vibe deeply inspired me. I’m still figuring out my own style, it’s still developing so I never really tried to rap like anyone else.

Finally, what does 2022 look like for you? Any big projects coming up?

At the moment it looks like I’m still waiting. But I’m supposed to have a big outdoor show in November, so I’m just hoping that will happen. That would be so good for the scene.

That’s all until we see you at the awards show. Thanks so much! 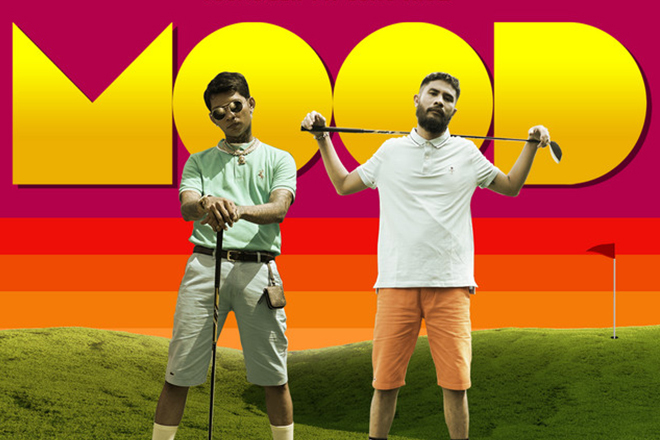 Japan’s LEX goes for the ‘GOLD’

Hard work is the key to success