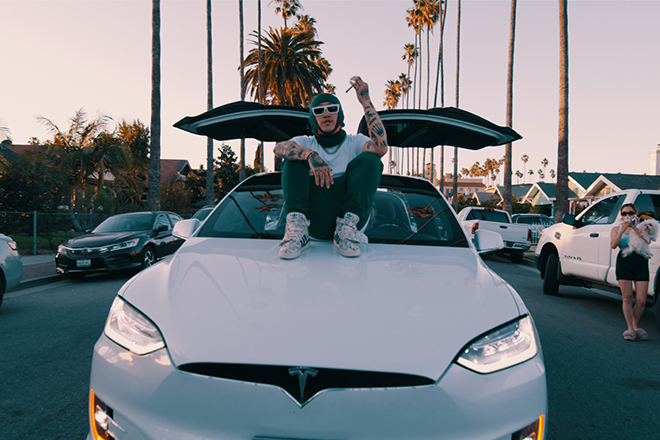 Around the world, the topic of cannabis legalization is gaining steam in many places. In the US, 18 states have legalized the recreational use of marijuana, while 37 have allowed medical marijuana. In 2018, Thailand sanctioned medical use and now people can grow cannabis plants at home for personal use and apply to the government for commercial use. The public health minister thinks that marijuana use goes well with tourists coming for wellness retreats more than becoming the stoner capital of Asia.

In Taiwan, though, the laws don’t look like they are changing anytime soon. Society is conservative when it comes to drugs and there is a notorious sign when people arrive at the airport that states drug dealing is punishable by death in the ROC.

YZ, an OG on the Taiwan Hip Hop scene, released his latest single ‘ZAZA’ on April 20 and hopes to push more people in Taiwan and around the world to legalize cannabis. Over a syrupy-slow Trap beat by GOATWOLF, YZ spells out his love for the “A1 weed” by making a great smokers’ anthem. Filmed in Los Angeles, the video for ‘ZAZA’ is a sleek-looking tokers’ dream. It almost feels like viewers can get a contact high from watching YZ and his crew smoke.

In his press release, YZ explains that he’s been shuffling back and forth between Los Angeles and Taiwan to make music. “I just want to prove that Taiwanese Hip Hop music is creative so that everyone can see it. Maybe one creator will be able to make marijuana legal all over the world.”

Check out YZ’s “ZAZA’ below. Moscow is the Hong Kong rapper’s first collab of 2021