Azadi Records is fast becoming India’s spiritual home of Indie Hip Hop. The label that spawned Prabh Deep and Seedhe Maut now comes correct yet again with a new single by Tienas – described by some as ‘pound for pound the best [desi] rapper alive’ and ‘a generational talent.’ Those may sound like big words, but when you listen to Tienas’ rapid-fire flow on ‘Brian O’Connor’ you’ll understand the hyperbole.

This track feels like a demo or a freestyle because it all happens so fast. It’s like a drive-by lyrical hit job for less than a minute and a half built around a percussive beat by GHZI PUR...and delivered in English, no less. The length of the track has something to do with the song title, as Tienas has decided to live his life like the Fast & Furious hero – a quarter mile at a time.

Tienas’ voice is high pitched and his phrasing is hard to pin down – like if Eminem and Q-Tip had a lovechild. But even on a track where he’s clearly just having fun, he rides the simple rhythm and owns it. Previous projects like his album O, EPs Season Pass and For Sale? have established Tienas as a boundary-pushing rapper, but ‘Brian O’Connor’ reminds us that he has serious chops and can flow on anything.

Check out Tienas’s ‘Brian O’Conner below. 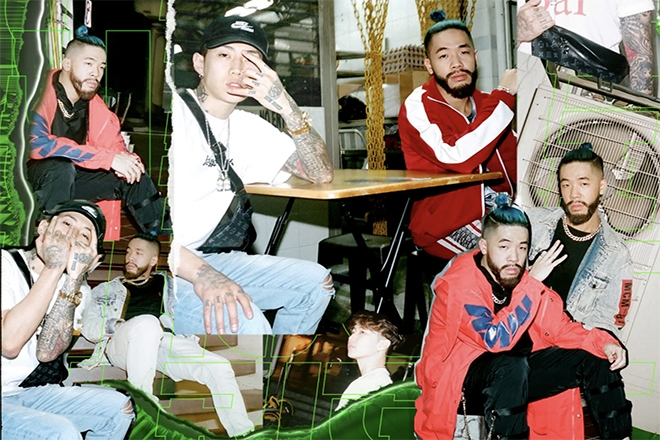