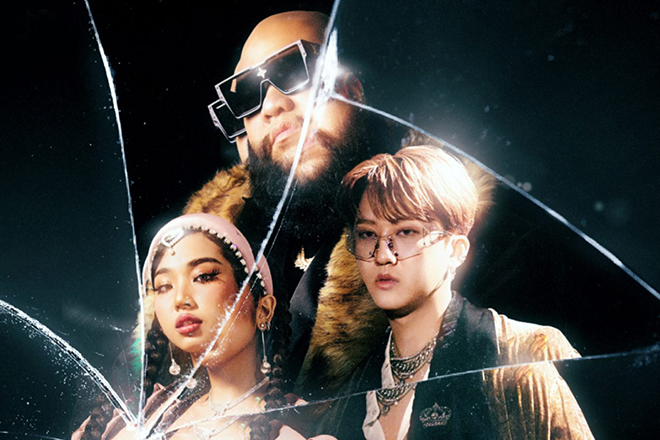 What happens when you combine an 18-year-old Rap phenom, a husky OG, and the rapper of a South Korean boy band? While it seems like it might not work, ‘Mirror Mirror,’ from MILLI and F.HERO featuring the Stray Kids’ Changbin is a Trap banger, destined to get played in clubs as much as radio.

MILLI has been having one of those years that you can only dream about. She’s blown up, caused a stir with the Thai government, and hopped on a track with Tsunari. Not too bad when the rest of the world is in shambles. F.HERO is just busy being dope all the time. He puts out good music and enjoys the good life. And Changbin has been stepping out more from his Hip Hop duties for Stray Kids and putting out more music.

They all fit quite nicely on ‘Mirror Mirror.’ MILLI is up first and while she’s more Hip Pop, you can definitely see the Nicki Minaj influence in her vocal inflections. F.HERO shows up and his deep, deep voice rides along the track like he was born on it. On the third verse, Changbin flexes his double-time flow before MILLI and F.HERO jump on for some action at the end. The video is right where it should be with great visual direction merging the rappers from Thailand and Korea into a seamless castle jam.

The cross-pollination of Pop, Hip Hop, KPop, and KHop is very hot right now, so expect to hear a lot of this in the future.