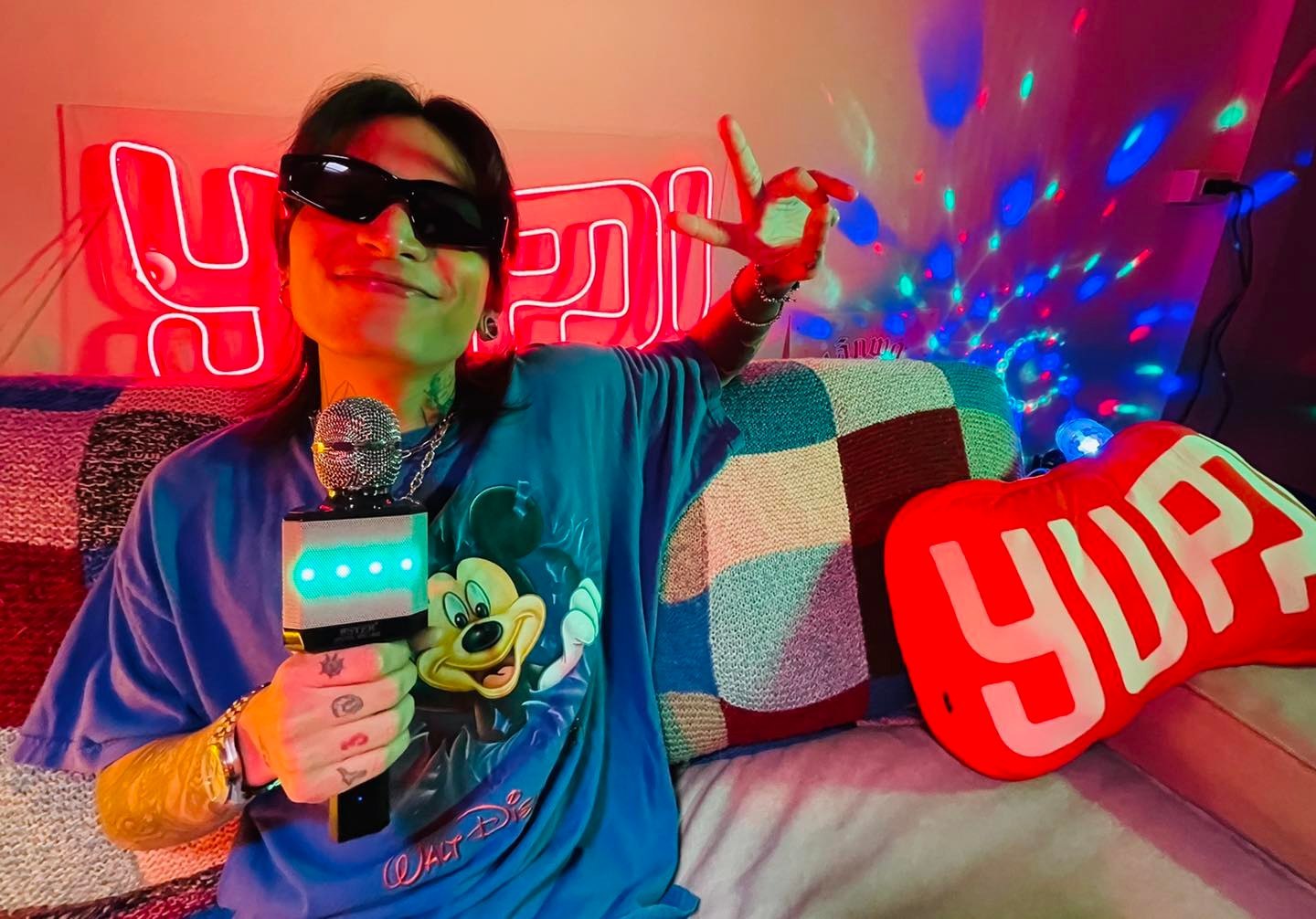 What does one do when the love of their life has gone away? The obvious answer is to write a song and take a journey to a karaoke den to sing some songs. After a long hiatus, Thailand’s MAIYARAP is back and he’s brokenhearted. In ‘เลิกพูด,’ which translates to ‘stop talking,’ MAIYARAP doesn’t want to hear any of the BS associated with breaking up. He’s tired of the “If love is meant to be, then it will come back.” Instead, he makes it very clear that not talking to someone is the only way to get over a breakup.

The video is a send-up of every drunken karaoke session that a broken-hearted businessman has done. His friends are there to cheer him up by drinking lots of alcohol, but then some food is delivered and it reminds him of his ex. Next up, the waitress has that sparkle in her eye, which makes him remember the good times. Soon, his ex is everywhere in his mind and it’s driving him insane. It’s only when MAIYARAP, with a tie wrapped around his head like a bandana like every good businessman, gets the mic that he raps about not talking to his ex anymore. Soon, the ex shows up and they are singing a duet that can only be described as unfriendly at best. Eventually, they are both drunk and broken so they lean into each other, and we all know where that goes.

As the winner of THE RAPPER season 2 in Thailand, MAIYARAP’s nickname is Champ or Champion. He’s been off the internet for a while, but with the SPATCHIES-produced ‘เลิกพูด,’ he’s back in a big way. In a press release, he says, “When we break up, it’s like telling us to watch commercials. I want everyone to give up hope on that and move on with their own lives.”