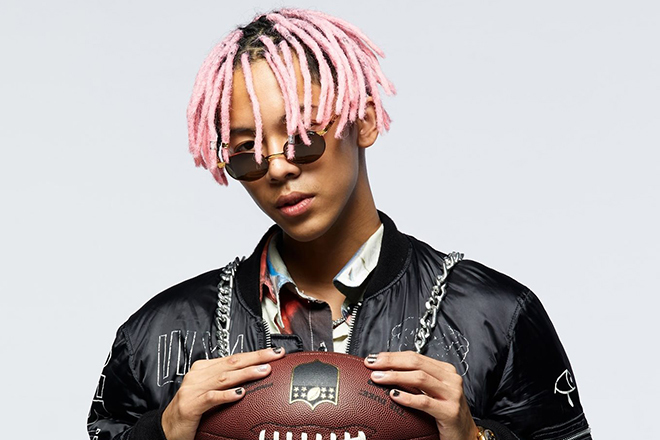 Thailand’s indie label Hype Train has been a powerhouse over the last year, putting out dope tracks every month. Their latest release, ‘7777777,’ is a high-energy collab with label artists OG BOBBY, GUYGEEGEE, ESKIIMO, and SPRITE.

The high-tempo track feels a little Latin and a little Afrobeats-ish until intricate Asian string sounds lure listeners in. Fifteen-year-old rapper SPRITE joins OG BOBBY on the hook, and their baritone voices play off the high-pitched dancy beat produced by NINO and KON THAI. GUYGEEGEE and ESKIIMO take turns dropping lyrical bombs flipping between English and Thai as they get aggressively boastful about their recent achievements.

The visualizer fits the song perfectly as the Hype Train crew decided to go with an animated cyberpunk environment. The four rappers are avatars, and they are all dressed in tactical gear while blowing up buildings, airplanes, and anything else that is in their way. Think of it as Grand Theft Auto meets Blade Runner packed into a tight three-minute video.