A brand new documentary out on March 1 produced by Violetta Wallace and Sean Combs on Netflix called Biggie: I Got a Story to Tell looks into the climb of Notorious B.I.G. from being featured in the Unsigned Hype column in The Source to becoming a superstar in the Hip Hop world.

As a musically gifted child, Christopher Wallace started writing rhymes when he was in elementary school. Soon, he cut some demos and sent them to the Hip Hop bible at the time, The Source. Eventually, a column about his songs caught the eye of Sean ‘Puff Daddy’ Combs and the rest is history. “There were no origins of what rap planet this guy came from,” says Combs in the movie.

Biggie: I Got a Story to Tell is the first estate-approved documentary about the rise of the rapper known as Biggie Smalls. Previous documentaries have focused on the death and the fact that the police haven’t been able to find Biggie’s killer. This is different. There is footage of Biggie growing up on the mean streets of Brooklyn, as well as interviews with people who knew him when he was young.

Biggie did have a dream to get his crew off the streets so he started drug dealing. This upset his mother so much that she booted him out of his house. When Combs found him, he made him choose between drug dealing and rhyming. Thankfully, Biggie chose rhymes and then became one of the biggest Hip Hop icons of all time. Eventually, his mother, Violetta Wallace, said she was excited for him, “I was happy he was making something with his life.”

On March 1, viewers can see how Biggie came up because every legend has an origin story. 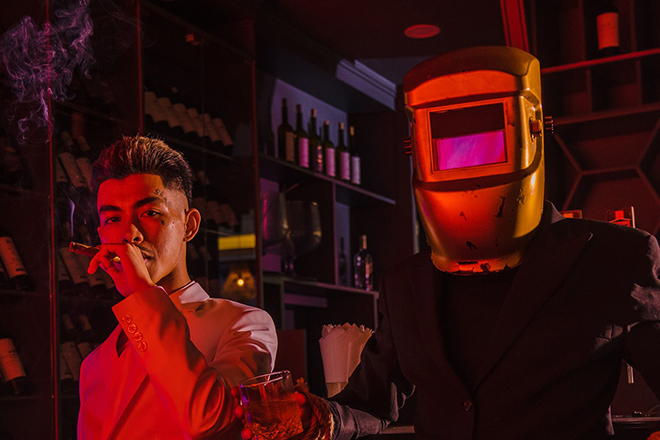