Most people know Michael Ray Nguyen-Stevenson as Tyga, and a lot are surprised when they realize his mother is Vietnamese. Raised in Compton until he was 12 years old, Tyga has been making music since 2007. At one point, Tyga was even signed to Young Money with Drake and Nicki Minaj. It was 2011 when Tyga hit the sweet spot with ‘Rack City.’ The repetitive single with DJ Mustard’s best beat had everyone repeating “Rack City, bitch. Rack Rack City, bitch.”

Over the next few years, Tyga kept climbing his way up the Hip Hop ladder. In 2018, Tyga’s big breakthrough was ‘Taste.’ The song with Offset from the Migos got strippers on poles, heads nodding to the beats, a lot of radio station airplay, and could arguably be called the song of the summer. From there, ‘Dip,’ ‘Swish,’ ‘Kream,’ and ‘Go Loko’ were everywhere and everything he released turned to gold. Dating a Kardashian also helped make Tyga a household name.

Now, Tyga can be in your house with a virtual concert in KOOOLA. Starting on December 1, anyone can sign into KOOOLA, buy an NFT to create an avatar, and walk around KOOOLA City. In it, people will find four Tyga songs ready to experience. Over the next few months, four more songs will be released in KOOOLA’s metaverse. With its ultra-realistic environment based on top-notch graphics and animation teams from Japan, China, and Belgium, the KOOOLA metaverse features vivid and profound visual effects that mirror a cyberpunk-inspired Wild west, with non-playable characters wielding cowboy hats and laser guns strolling across the virtual Grand Canyon.


While this is Tyga’s first rodeo in KOOOLA City, the coolest place in the Metaverse has been housing some of the most visually striking concerts since its launch. Their previous concert was headlined by Knowknow of Higher Brothers, which was streamed on Douyin [China’s version of TikTok] and garnered millions of live audience members shuttling back and forth between the Metaverse and reality.

For fans who are not familiar with cryptocurrency, KOOOLA City supports both fiat currency and crypto. As long as you own a credit card, purchasing the ticket is no sweat. Just follow these instructions:

Want Tyga in your house? Use LiFTED’s code here to get into the KOOOLA City and have yourself a party. 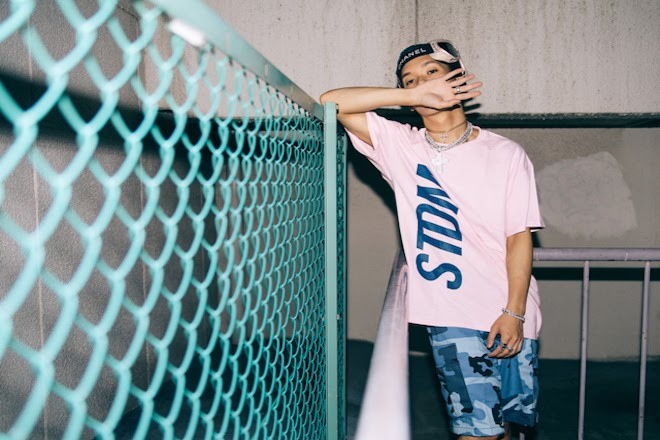