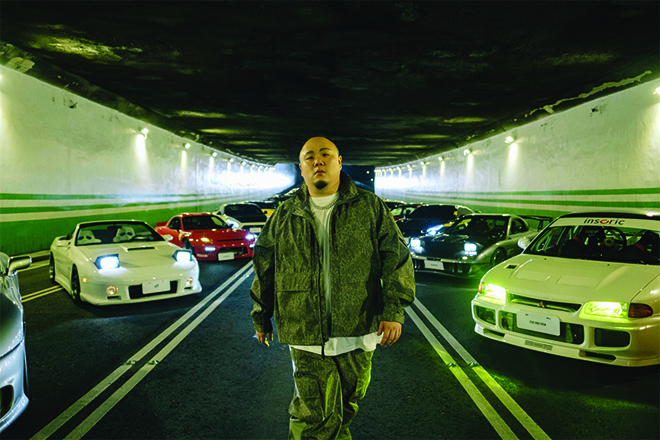 大淵MUTA is a lover of fast cars and often goes to the mountains right outside of Taipei to drive around and get his head right. With this freeing feeling of winding roads and very little traffic, 大淵MUTA came up with ‘Phat Life,’ the name of his latest single and album, which was released last week.

Produced by Tipsy Kao and arranged by JO$H BEAT$, ‘Phat Life’ is a turbocharged lyrical drag race from one of the baddest in the game. As soon as the beat drops, 大淵MUTA goes hard by waxing about his affinity for cars from top to bottom. StayHighCrew produced a video that really focuses on car culture in Taipei with highways and tunnels blocked off [legally of course], as well as some parking lot drifting around 大淵MUTA in 12 GTAs. Being that it’s ‘Phat Life’ and 大淵MUTA loves to joke about size, there’s even a scene where he’s in the car drifting while enjoying a bucket of fried chicken.

Because of the lockdown in Taiwan due to COVID-19, 大淵MUTA’s album Phat Life was pushed back from May to June. The slight delay has only built up the hype to what promises to be one of the Asian Hip Hop albums of the year.

Listen to Phat Life below.