In Mongolia YouTube is everything, and Mrs M owns it

Mrs M has been defying stereotypes in her native Mongolia for a while now. Her 2014 single ‘Tsor Gants’ with uber-producer Lil Thug E was made on a shoestring and showcased M’s ability to sing and ride the rhythm much like her idol Eryka Badu. Out of nowhere, it skyrocketed to the top of the charts. OK, it’s just Mongolia you say. Don’t sleep. Mongolia's Hip Hop scene is 30 years old and commands the attention of the country’s urban population.

She followed that up with 2016’s ‘Bang’ which was a straightforward Trap beat where she flexed her rhyme skills. That single quickly garnered over a million YouTube views and caught the attention of b2 Music in Hong Kong, who put it on the groundbreaking VIBE [Magazine, US] Presents: Urban Asia Vol 1, alongside artists like Higher Brothers, DIVINE, and Jackson Wang.

In a developing country like Mongolia, YouTube is everything, and Mrs M owns it. Her singles with partner in crime GINJIN regularly rack up millions of views, and her first English song ‘Tasty’ has over three million views. Not bad in a country of just over three million people.

Mrs M was the first Mongolian artist to release a track all in English. Then, in 2021 and 2022, she released TWO English singles with New York hitman Harry Fraud - the result of her recording at his Brooklyn studio in 2019 before the pandemic. The latter, ‘Daughter of Khan’ was just dropped on Warner Music’s new pan-Asian label ASIATIC, where she recently signed, once again breaking new ground as the first Mongolian artist to sign with a major label. Oh, and the single racked up over a million views in its first week. Not bad for a female MC from Mongolia. 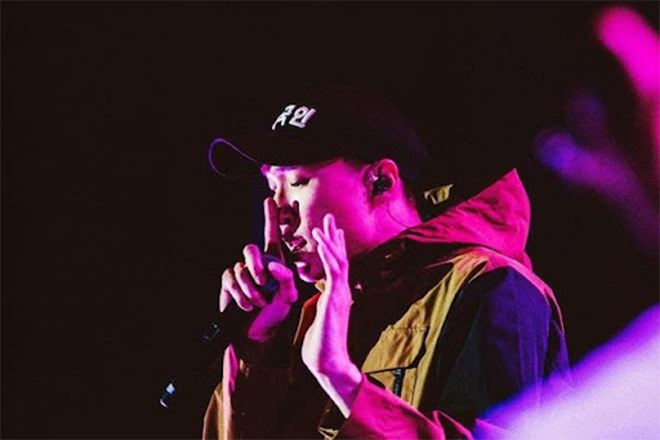