The LiFTED 5: The globalization of GERDNANG

After redefining Vietnamese Hip Hop, the 5-man crew has their eyes set on bigger things

GERDNANG is a Vietnamese Rap collective with five members, HIEUTHUHAI, MANBO, HURRYKNG, REX, and NEGAV. As a group, they offer up a variety of genres from Hip Hop club bangers to mainstream Pop-Rap singles. They seem to take delight in effortlessly mixing and matching genres while creating a whole new lane for themselves in the Vietnamese music industry.

The group's mission from day one has been to redefine the musical landscape of Vietnam and change the perspective that people traditionally have about rappers. They are nerdy guys who happen to rhyme and can rock the mic, so they want to make nerds cool - hence the name GERDNANG [NERD GANG backward]. We caught up with their mighty leader – business and media manager Kyle Nguyen - to find out the latest news from Nerd central, AKA GERDNANG HQ in Saigon. Can you please let our readers know a little about the rise of GERDNANG?

GERDNANG started out with only three members at first, but now we are up to five. The founder was MANBO who is also my cousin, and that’s how I became their manager. Before I came on board, each member had a small following but it wasn’t anything crazy and they were mainly focused on building their own careers rather than the collective’s brand GERDNANG.

One thing I noticed while studying the market after I joined the team was that every song that had the word GERDNANG in it got way more views than if they just used their own names. With this knowledge I convinced HIEUTHUHAI to change the name of his YouTube channel to the current GERDNANG channel. After changing the name of the channel I began to build our fan pages. First I started with the collective’s page, GERDNANG, then moved on to their personal pages.

In the beginning we didn’t have a big team so I ended up doing a lot of the marketing and SEO for our pages. The SEO and the decision to redistribute our two most viewed songs ‘CHOI’ and ‘CUA’ was the breakout point. After the redistribution of the songs on Spotify and YouTube music, it caught fire and we racked up roughly 25 million views for ‘CHOI’ and 40+ million for ‘CUA.’

After that. HIEUTHUHAI got invited to join King of Rap which further helped push the GERDNANG brand to what it is today. So, within roughly six months we managed to rebrand the group as a collective and pushed it to another level, but of course most of the credit goes to the boys for making absolutely amazing music.

We were very excited to see HIEUTHUHAI’s track ‘Bat Nhac Len’ on the VIBE Urban Asia Volume 4 compilation. It’s such a catchy tune, and his vocal is so distinctive. He’s kind of been leading the charge for GERDNANG, but NEGAV also has some big tunes like ‘Babyboo.’ There are five rappers in the crew. How did they all come together? Also, what can you tell us about HARMONIE?

Yes, right now HIEUTHUHAI is the most famous in the group and has the most recognition, but the group started out with three - MANBO, HIEUTHUHAI and HURRYKNG - who knew each other through school and since then have sort of banded together. Later down the road REX and NEGAV joined the crew. REX is one of HURRYKNG’s best friends and NEGAV came on recently. After working with him we felt that he fit the GERDNANG vibe and were more than happy to welcome him to the family.

We found HARMONIE by accident on YouTube one day while scrolling through looking for new ideas. We intensely fell in love with her voice and knew we had to hit her up to record a track. Little did we know that track would turn out to be one of the trendiest songs of 2020.

You’ve said that GERDNANG’s mission is to change peoples’ perspectives about rappers and to blur the lines between Hip Hop and Pop. The single ‘Hẹn Gặp Em Dưới Ánh Trăng’ seems to do just that – it’s got guitars, a big singing hook and rapping from HIEUTHUHAI, MANBO and HURRYKNG. Do you see the group as being more Hip Hop or more Pop?

Yes, our mission is to redefine what it means to be a rapper in Vietnam and around the world. So often we see rappers being misrepresented in the media and online. The stereotypical image of a rapper is a lot of tattoos and all dripped out in jewelry, but we want to change that. We want the world to know that a rapper can look nerdy, they can dress in normal clothes and what makes a rapper is their flow on the mic, not the materialistic things they have.

One of the things we noticed in Vietnam was that a lot of Rap music was more Trap-oriented and we wanted to bring more flavors to the table. In the beginning of GERDNANG, I would have to say we leaned more towards the Hip Hop side of things but as time went on we gravitated towards a more Pop sound, the reason being it’s much easier to push your message to the mainstream. You guys have videos with many millions of views on YouTube, and HIEUTHUHAI alone has over 150K followers on IG. What was it that made GERDNANG so popular in Vietnam?

The thing that makes GERDNANG stand out from the rest is we offer so many different flavors. If you pay attention to our releases, you will notice that each song has its own color and vibe. Of course there are some repetitive elements but we try to keep it fresh and new each time. But we are still developing our sound also, since we are still relatively new. Another factor that makes us popular is we appeal to literally all ages. What I mean by that is you can show your grandma or grandpa GERDNANG’s music without being afraid that it's not suitable for them, and our range is wide so hopefully there’s something for everyone. Please use one word to describe each member of GERDNANG. Then tell us what you have lined up for the rest of 2021 and beyond.

My goal is to globalize GERDNANG’s sound and try to push the brand itself to the international market. We have a few big projects coming up with international artists and producers to try to take GERDNANG’s sound and image to other markets besides just Vietnam. We were also thinking of doing a GERDNANG talk/game show but it's still in the creative stage, so no promises. 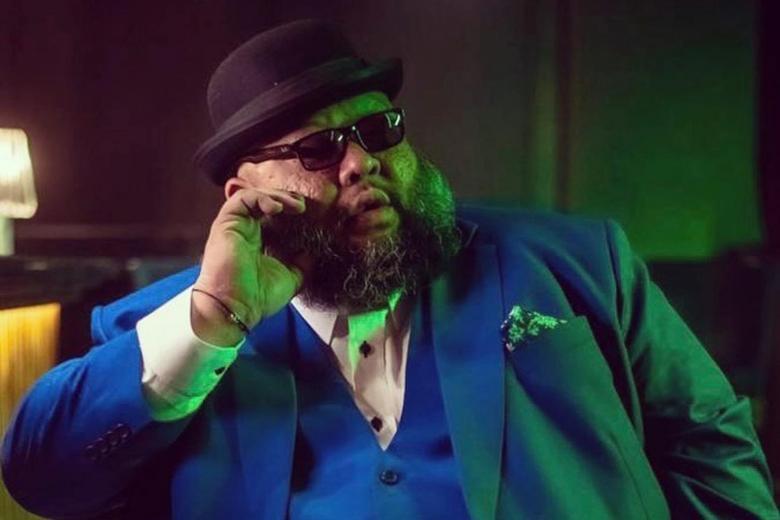