2022 was a banner year for Asian Hip Hop videos

LiFTED’s focus from the jump has been to shine the spotlight on MCs, DJs, B-Girls and B-Boys, designers, artists, clubs, groups, and anyone who is doing dope Hip Hop related things in the Pan-Asian region. After a year and nine months, LiFTED is well on the way to achieving the goal of ‘Elevating Asian Hip Hop’ by publishing 15 stories per week to inform, entertain, and educate. This December, we are doing our annual wrap-up of the year with LiFTED LiSTS - our picks of the good, the exceptional, and even the downright awful of 2022. Here is Asia’s Hip Hop culture through LiFTED’s lens.

2022 was a great year for Asian Hip Hop videos so it was hard to chop things down to only 10. Also, in 2021, VannDa’s ‘Time to Rise’ was an easy call for the top video as it blasted to over 100 million views. In 2022, the quality overall of Asian Hip Hop videos was up, but it took a while for the LiFTED crew to figure out what exactly number one would be as well as the order of the top 10.

The best video of 2022 according to LiFTED is Mrs M’s ‘Daughter of Khan.’ With each new thing she puts out, Mrs M raises her level as well as the level of all of Asian Hip Hop. She’s already known as someone who doesn’t take any sh*t, but with ‘Daughter of Khan’ she really represents Mongolian culture, as well as the women that have come before her and the ones that stand with her.

Not only is ‘Daughter of Khan’ asiatic.wav’s first single, but Harry Fraud, the dusty New York City beatmaker who only gets better by the day, is on the beat. He and Mrs M have a globalized synergy that stretches from Ulaanbaatar, Mongolia to Brooklyn in their hits ‘M for tha Money’ and ‘Sugar Daddy.’

In ‘Daughter of Khan,’ M uses that streetwise vibe to big up Mongolia’s own Genghis Khan, and how his general badassery has helped her and other Mongolian women rise above the fray. With real-life female icons like a S.W.A.T officer, a Taekwondo champion 10 times over, and an Olympic weightlifter, Mrs M shows that her crew is the cream of the crop when she raps, “I’m the daughter of Khan, Pops told me how to live like a Don."

Last year, we predicted that women would be running this joint. Now they are, and we love it. While BIBI may not be Hip Hop in its purest form busting out cyphers and intricate triple entendres left and right, she’s Hip Hop through and through in “Animal Farm’ and ’BIBI Vengeance.'

Once ‘Animal Farm’ was released, we knew BIBI was on something else. Instead of releasing Pop tracks with famous female friends, BIBI changed up her point of attack and she was the dinner [with an apple in her mouth] for a group of faceless men who looked at her as an easy conquer. Within the first few seconds, BIBI went one-half Squid Game and one-half Kill Bill on her dinner guests, singing her words while blood rained down on her from a decapitated head.

While ‘Animal Farm’ threw down the gauntlet, ’BIBI Vengeance' went for a wild ride. In the video, she’s embarrassed by a politician when she doesn’t give in to his disgusting come-ons, so he pours a bottle of Sake on her head. With this in mind, BIBI grabs her girls and gets her revenge by putting him in a cage and burning him alive, all while busting out the choreography in high heels. What happens when you take the two biggest Rap stars from their respective countries and make a tongue-in-cheek video? An immediate banger with laughs all the way through. RAMENGVRL and Yung Raja took the region by storm when they dropped ‘Ming Ling,’ an infectious heater that features the duo’s distinct crossover flavors.

In the music video, you’d catch odes to the iconic Pulp Fiction with their outfits as well as Hong Kong movies of the 1990s by using cheesy camera angles. The duo seems to be having a really good time being around each other and giving each other tips. Maybe it’s time for a collab album or EP?

There’s no one who put in as much work as Jackson Wang in 2022. He blew up everywhere, including Coachella, a football match in Bangkok, as well as on his world tour. The reason for this was all planned. He knew he was going to release the Magic Man album, so he needed something that would give him the hearts, minds, and ears of the kids in 2022.

It was a resounding success and it all started with ‘Blow.’ After spending much of 2021 doing PANTHEPACK, Wang went back to his solo roots and showed people what being a combination of K-Pop, Pop, and Asian Hip Hop really is. ‘Blow’ showcases his vision and musicianship, as well as his dance moves. Jackson Wang was really ‘Blow’-ing up in 2022.

Over the past two years, Namewee has transformed from a thorn in the side of Malaysia’s government to one of the biggest YouTubers in Asia. He’s got an understanding of what people enjoy watching, how to create an amazing product, and the marketing ability to get people’s eyeballs on it.

Since he’s based in Taipei, Namewee grabbed Taiwanese rappers Machi Didi and Frog and rapped three styles in ‘809000.’ The concept is very cool as he moves from the 80s to the 90s to the 2000s with each of the rappers in their rooms. The decorations, clothing, and beats change, but the one thing that stays the same is Hip Hop. Divine’s ‘Gunehgar’ is the best statement track 2022 has had as far as statement tracks go. The song and video marked Divine’s return after a two-year hiatus, and if anyone thought he would fall off or slow down, ‘Gunehgar’ shows them otherwise. Stacked with cars and decked out in his best outfits, Divine is out here brutally spitting his truths and he’s making sure no one is going to catch up to him.

¥ellow Bucks and JP The Wavy make such a good team that maybe they should be a group. But who would be Run and who would be DMC? In ‘GIOTF,’ ¥ellow takes the lead as the duo goes 2000s on ‘em and has scenes in an elevator, a bank, and a jewelry store. Both MCs flex hard with a Human Made jacket on JP and a Gucci jacket for ¥ellow as he makes it rain for the twerkers with a bunch of….¥ellow Bucks. Indonesian rap icons and labelmates Rich Brian and Warren Hue started off 2022 with an absolute bang. ‘Getcho Mans’ was released in January of this year, and it’s everything you’d want in a fast-paced heater – 808s, a catchy hook, and endless rhymes.

The synergy between this duo is also something that we don’t take for granted, it isn’t easy to feed off the energy from one another, and they make it look effortless. All of that is evident in its stellar music video, with the duo going back to back in the most unconventional of places along with flashing lights and dope transitions. What more could you ask for?

No one sounds like Prabh Deep. In ‘Rishte,’ the MC from Delhi gets his sing on during the chorus and the spiritual jam about relationships almost feels otherworldly. Prabh shows that he’s got some new skills up his sleeves as directed and edited the masterpiece of a video.

To be honest, the LiFTED crew has some discussion about having a category just for live videos. There’s so much good stuff out right now with cyphers, Dingo Freestyle, and more, but we decided to pass for 2022. BUT Chanmina was so incredible on THE FIRST TAKE with ‘Bijin’ that it needed to be included. For one minute and 30 seconds, we get to see an artist get ready to spit. When it’s time for her to Rap, she goes absolutely bonkers. For the next two minutes plus, viewers see a skilled MC getting down. After her final scream, she goes right back to being herself again and it’s spectacular. 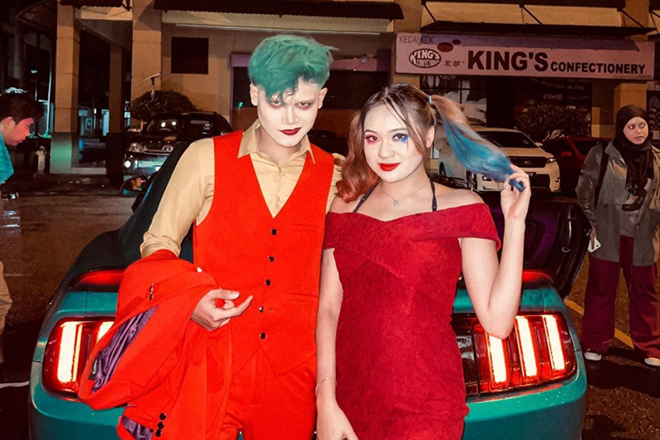