Hip Hop is about being authentic, staying true to oneself, and fighting for the rights of the underprivileged, which resonates with the LGBTQIA+ movement that started 52 years ago. The idea of accepting the diverse sexual orientations or gender identities started in the west and is now finally blossoming worldwide and in Asia. Pride month every June is a celebration of being unique and not being ashamed to show it.

Hip Hop has had a long and disturbing history of being anti-queer due to its toxic masculinity. “Everybody in Hip Hop discriminates against gay people. To me, like, that’s one of the standards of Hip Hop,” Kanye West said as he openly denounced homophobia in a TV interview in 2005. After sharing his own experiences of being called derogatory names in high school, he closed with a sincere message, “Stop it, fam,” calling for a major shift and evolution in the Hip Hop scene. Since then, Hip Hop has slowly become less homophobic, with Frank Ocean coming out as bisexual in 2012, Macklemore’s ‘Same Love’ becoming a hit, and all the amazingness that Lil Nas X has done over the past few years.

Other than rapping, it is fascinating to see how the Queer communities find safe spaces to express themselves fully through feminine dancing styles such as Voguing and Waacking, which emerged from the Hip Hop, Disco, and Ball culture, in contrast to the more masculine expressions of Breaking or Krumping.

It would be easy to mix up Voguing and Waacking for the majority of the public, as they are both infused with dress-up and high fashion culture, with a focus on hand performance. Waacking was born on the West Coast in Los Angeles mostly to Disco music. Voguing stems from the East Coast in Harlem, in New York City’s ballroom dance and drag scenes, which was very House music heavy and characterized by model-like poses inspired by Vogue magazine. At first, Voguing was only popular in underground gay bars but made it to the mainstream after Madonna’s music video ‘Vogue’ in the late 1980s.

It was common for gay teens to be kicked out of their homes by their own families after coming out, so these homeless teens started forming close-knit communities which were then called a ‘House’ as a safe haven for the young Club Kids, and their gatherings started to be called Kikis. Now, there are a lot of Houses and kikis around Asia, which support and embrace each other.

Some people may believe that Voguing was first brought into Asia via Thailand due to its wide acceptance of transgendered people, but this is not true. Japan and Taiwan are the leaders of Asian Vogue culture, and Taiwan is beyond doubt the major embryo for Voguing in Asia, which nourished the seeds and spread them around. Top OG Vogue dancer, Sharron Ninja, was the only Asian who were invited to participate in the HBO show Legendary, pulling from the underground ballroom community, voguing teams, called 'Houses', to compete in dance challenges and showcase fashions for chance to win a cash prize.

After the show, Sharron discovered that Asian culture teaches people not to be too flamboyant or showy, but westerners are generally more prone to individualism and take opportunities to actively show their confidence. Being sexy and showing different body types has been something Asians are often shy about or even feel negative about, but western culture increasingly embraces more body positivity and self-love by displaying beauty in all shapes, sizes and colors. The show helped her to reflect and hence started building up her confidence through dancing, especially in Voguing.

Japan is definitely the mother of not only Vogue, but Hip Hop culture of Asia, which is not surprising because the classical form of Japanese dance-drama, Kabuki, has long set the stage for dramatic dances, and has made it easier for Voguing culture to penetrate the country. A few years ago, Iconic Japanese Vogue dance lesbian couple Aya Sato and Bambi, together known as AyaBambi, showed that Zen in black and white can be very powerful. Their video ‘MOVEment’ shocked the world with perfect choreography reaching over 2.3 million views.

AyaBambi’s collaboration with British electronic music duo Snakehips for ‘Forever’ also went viral seven years ago. The video beautifully demonstrated how Voguing can blend into Hip Hop and R&B instead of only traditional House music.

China and Hong Kong were not as open-minded until recent years. Dancer Ken Ken Milan is known as Hong Kong’s father of Vogue, who brought the spark to the city back in 2017 after learning about it in Taiwan. He has since spread the seeds and inspired many to embrace their uniqueness, including 18-year-old Tobiaswho went all out by dressing up as Katy Perry at the recent Rainbow Mini Kiki Ball held by Voguing Hong Kong a few days ago to celebrate Pride Month. Both dancers were interviewed by HongKongFP recently to share about their journey in Voguing and how it gave them a new life.

Beijing had its first ball held by the Shanghai-based House of Kawakubo back in 2021. There is also an amazing resource, Voguing Shanghai, which is the first ballroom cultural platform in mainland China. These signify that Voguing is thriving in China and hopefully that the acceptance of LGBTQIA+ is growing among the Chinese.

There are a wide variety of Houses and Kikis in other Asia countries like Singapore, Malaysia, and Korea, with people being proud of who they are as individuals as well as their communities. Ballroom culture was brought to Bangkok after Thai-French dancer Amazon Sun took voguing classes in New York, Taiwan, and Japan, and spread like wildfire and quickly took root among the communities there. Voguing and Waacking definitely adds more colors to the Hip Hop spectrum, which is something we should be celebrating every month. 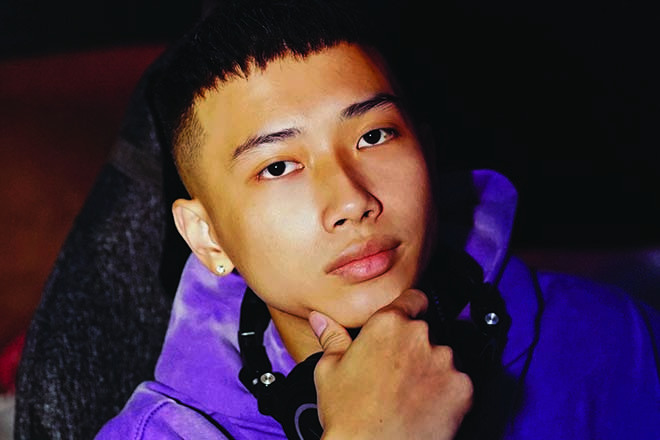