THE G3sha’s pride comes out through bars and melodies

Even though Hip Hop and queer culture don’t have a great history, times are changing. Western society is progressing towards a more inclusive environment with the LGBTQAI+ community, but sometimes there seems to be a lack of representation of gay artists in the Asian music scene, especially in the macho environment of Hip Hop.

To celebrate Pride Month, LiFTED sat down with The G3sha AKA Joshua Su for an interview. The Singaporean rapper has been a Hip Hop head his entire life, and now he raps about his homosexuality with pride. With singles like ‘I’m OK’ and ‘Cold,’ The G3sha has been breaking stereotypes by putting his stories as an openly gay man on top of Hip Hop beats.

What is the inspiration for your Rap name The G3sha? How do you pronounce it?

It is pronounced just like the geisha. I’ve always admired the courtesan culture so I kinda projected it onto myself. It’s also kind of a wordplay with ‘gay’ and ‘Asian,’ too.

Tell us more about your background. How did you start getting into the Hip Hop scene and what inspired you to be a rapper?

Hip Hop was, or is, a huge influence on my musical sense. As Hip Hop was starting to become popular in Singapore, there were many Rap competitions and battles that allowed young people to join. I finished high school and many groups popped up like Urban Xchange, Construction Sights, and Triple Noise.

Early 2000s music and the movie 8 Mile were all inspirational to my musical taste. At the time, we would get fake IDs and go to clubs to drink every week while Hip Hop songs were playing. I wanted to know more about the songs, so I printed out the lyrics and tried to rap along. I was still unsure about my sexual identity and I would date women. I also studied the aggression and the bravado of the lyrics, which made me assimilate to those vibes, especially when I was only hanging out with straight people.

I started rapping over some songs with my own lyrics to enter rap competitions. To promote 8 Mile, they organized a rap battle where we had to rap every month at Zouk. From there I learned to battle with other artists and that’s how I picked up rapping. MC Yan was in fact one of the judges for the night. Speaking of MC Yan, I was a fan of his crew LMF, and also listened to a bunch of Western stuff.

You took a break from making music for 9 years. What happened?

I was running my business back in Singapore. Music wasn’t paying and I needed to bring food to the table. So I took some time off from making music and spent my energy on learning more about myself. When I released my first album under the name MC Su, I was not out yet, and all the music I did had a subtle meaning of what I really wanted to say. I kept thinking to myself ‘What is the point of doing music if I could not truly express myself ?’ I was struggling to understand if I was gay or not and my music was not authentic. I did switch to listening to EDM and trance but yeah, I simply didn’t see myself making music anymore. What changed your mind to come back as The G3sha?

After I moved to Hong Kong, which is a more gay-friendly environment compared to Singapore, I was more accepting of the idea of being a gay man. I guess I felt more liberated and free in this town. I thought there was no better way of coming out than making a rap song. After all, that was where my creative roots were. I was finally ready to embrace my new self, so I didn’t want to release it under the MC Su name because that was my old self and looking to the past would not help. As a result, The G3sha was born.

What do you hope to achieve with The G3sha as a project?

Well there are two layers to answer this. You know in Singapore, the law 377A [Section 377A is a Singaporean law criminalizing sex between consenting male adults from the 1930s] still exists. While there are pro-LGBT events like Pink Dot every year, we could all do something about changing it and not just waiting for one day a year to take action. That’s the background of why I wrote ‘I’m Ok’. I see this as my alternative way to contribute to the cause. I’m showing people that there is a gay Singaporean rapper out there, and he is happily living his life.

How do you feel about the recent surge of the commodification of gay culture both in the West and in Asia?

Entertainment from the US has always been trickling down to Asia. I wouldn’t say it's novelty or anything, but with the internet, people are more willing to open up. Mindsets change easily, and audiences are more accepting of new ideas. Last night I was watching Lil Nas X’s BET performance, and it makes perfect sense because he was paying tribute to Michael Jackson. I don’t wanna use the word woke but people are a lot more enlightened than they used to be. It’s only natural more talents of different backgrounds, gay or straight, rise to the occasion. I am definitely happy about this. Kids these days finally have someone to look up to and be represented in the media.

Is that something you want to achieve with The G3sha? Being a representation of gay culture?

I guess I am just trying to tell my stories. The most recent song I released, ‘Cold’, is about my loneliness. I just moved to Hong Kong and even within the LGBT community, I was lonely. You can kinda tell the vibe of isolation in the video.

I just wanted to talk about my experiences, telling people the gay culture is not always fun parties and drinking. There is a wide spectrum of homosexuality that is invisible, too.

Are you worried about being tokenized by corporations because you identify as a gay Asian rapper?

There are not many queer rappers or queer creative figures in Asia. Whenever I have been invited to an event to perform, I always tried to do background checks to ensure the establishments are not simply capitalizing on the pink dollar, but in fact support the cause. There is no guarantee I am not being tokenized, and the money does not really matter, however I do hope the least I could do is open the door for queer rappers after me.

Any plans on releasing a new album now that you have clearly found yourself in a better position?

Definitely! I am planning to release a new EP with five songs later this year. It's called 'New World'. I got dudemakesbeat aka Ghost Style from 24 Herbs to produce the beats for me. The album will be Rap-focused obviously, with other influences like old school Hip-Hop, Lo-Fi Hip Hop and Bounce. This is the first album I am releasing under The G3sha, and I want to take my audience to the journey I encountered over the last few years since I came out. It is going to be authentic and personal. The first song from that will be 'BOYS.'

What do you predict for Asian Hip Hop’s future over the next 10 years?

As I said, we are always a little bit behind the trends of the West. I absolutely love how the scene is popping now, with so much diversity and inclusion of various genres. But we still have to experiment more to truly elevate our music.

With pride month coming to an end, any final words you wanna add?

I would love to give a shoutout to some of the establishments in Hong Kong that have been extremely supportive of the LGBT community. I want to shout out all the people in the community that play a crucial part every single day, these establishments and the staff of the gay bars and restaurants: Zoo, Dose on Peel street, Petticoat Lane, FLM, Vibranium. Chanel and Mocha Diva are two of the best drag queens in town, go check out their socials. And also Kumar from Singapore. He is the first drag performer I have seen on TV in Singapore. Truly inspiring to me.

Check out The G3sha's latest music video, ‘Cold’ below. 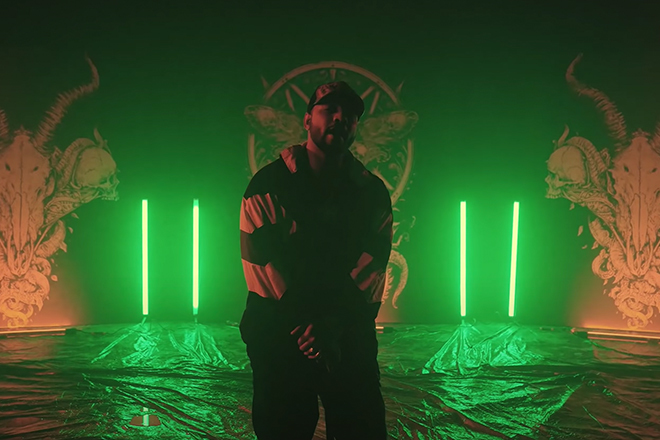 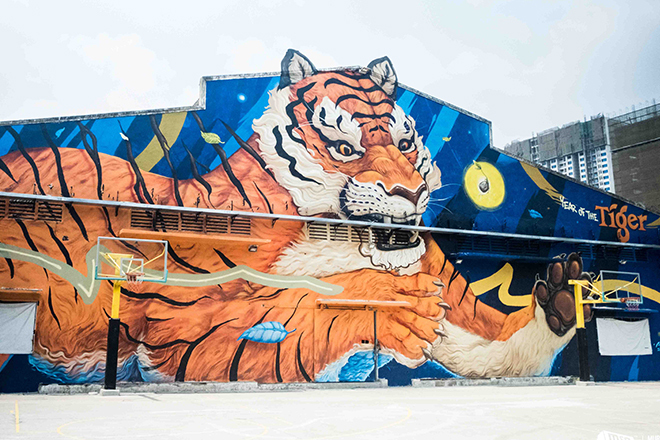