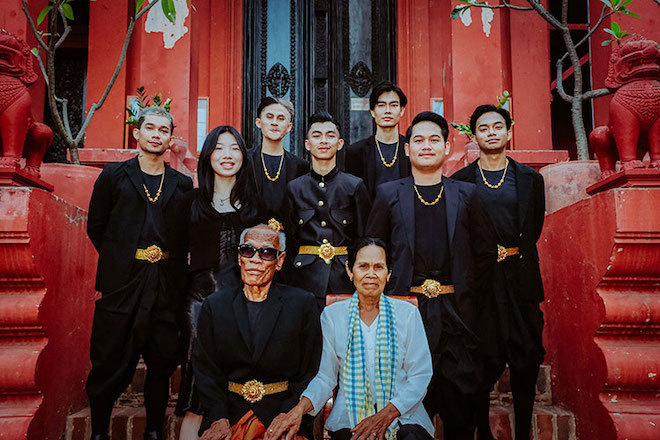 What’s old is new for the Khmer youth

Cambodian rapper VannDa is not just another pretty guy with facial tattoos. The rising star just released a new single, ‘Time to Shine’ that aims to re-introduce soon-to-be-forgotten Cambodian music culture to today’s smartphone generation. With the help of Master Kang Noy, one of the last traditional musicians alive who survived the Khmer Rouge era, VannDa has created a uniquely Khmer-sounding rap track.

It’s resonating with Cambodians - the official music video was streamed over a million times on YouTube in the first 24 hours after it was posted on March 28. Two weeks later and it’s nearing 10 million views.

Written in the Khmer language, ‘Time to Rise’ is a slow-burning but uplifting anthem fusing ancient Cambodian atmospherics and solemnity with contemporary Hip Hop swagger. The track opens with a monologue from Master Kong Nay calling for artists of the younger generation to join him in a new chapter of arts and music inherited from their ancestors. As the Master plucks his traditional two-stringed chapei with pride and grace, the airy sound of a Khmer flute joins him followed by the heavy thump and bass of a Hip Hop beat.

VannDa, part of the new face of Khmer heritage, drops in with his calm, yet sturdy rhymes, celebrating a Khmer culture that has often been overlooked as the country has modernized. As this unique track builds, VannDa becomes increasingly animated and then suddenly there’s an epic electric guitar lead that segways into a more staccato Trap beat as VannDa flips his cadence and rhymes harder, with Master Kang Noy and Sophia Kao, a 19-year-old singer, providing haunting melodic background vocals. “We want to pave the way for [Cambodia’s] younger generations to enter the international market and to show that there are talented artists all over the world who come from different backgrounds,” said VannDa on working with the 75-year-old master to The Phnom Penh Post. “We want people from other countries to learn the Khmer language and to know about Cambodia’s long and rich history before the tragic times of the Khmer Rouge.”

The music video for 'Time to Rise' is truly a visual feast, blending ancient and contemporary imagery. Shot in the National Museum amongst the treasures of the Angkor Empire, VannDa and Master Kang Noy dress in the traditional Khmer sampot - occasionally nodding to the present with a black suit and chain. All in all, ‘Time to Rise’ is a totally unique song that perfectly encapsulates the merging of traditional music and the music of right now - Hip Hop.