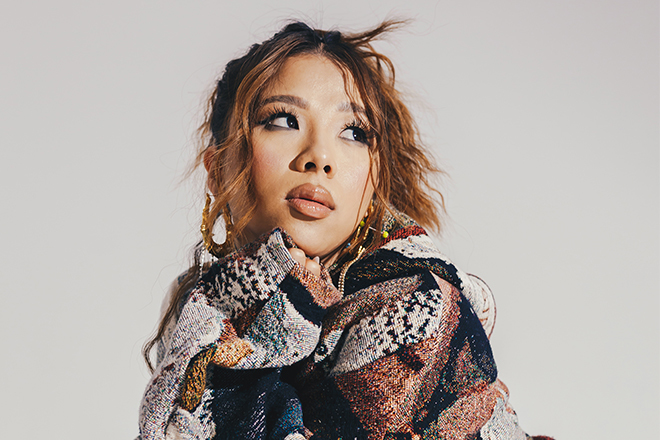 Being alone in your head can be one of the most miserable places to be, especially after a breakup. thuy’s latest R&B single, ‘in my head,’ tells the story of a few drinks downed and then reaching out to an ex. Predictably, things are OK for a bit, then it all goes wrong again as all those problems that were happening before are still happening now. We’ve all been there and 99.9 percent of the time, it’s a mistake.

thuy’s voice has an intangible and almost ghostly quality to it. It feels like there’s an old soul inside trying to get out in modern times. ‘in my head’ brings the heartbreak to the front and center for sure. In a press release, thuy said, "This song talks about the reality of what happens when you think you're over a relationship. We've all been there, we all know that situation when you're down bad and you have one too many drinks and you reach out to your ex again. You are reminiscing on the good times and you think that they’ll change and maybe it will be different but in turn, you keep going back to the same thing hoping for a new result. It's like that famous saying "insanity is doing the same thing over again and over again and expecting different results."

The video for ‘in my head’ shows the ugly reality of going back. At first, it seems that thuy and her ex are hitting it off pretty well at a party with a few drinks and laughs. Then, seemingly out of nowhere, a new girl comes in and kisses him on the cheek like they’ve been dating for a while. What makes it even worse is that new girl looks a lot like old girl. thuy ends the video walking home alone and back in her head, exactly where she started this whole thing.

Check out thuy’s ‘in my head’ below.