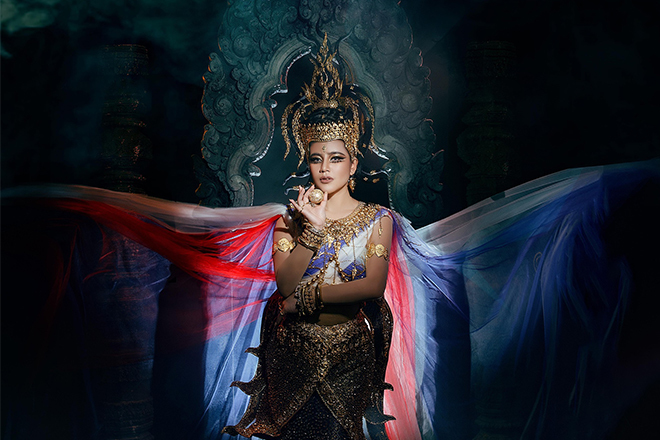 Cambodia’s cultural renaissance hit another landmark recently. While Khmer Hip Hop is slowly and gradually picking up pace, female rappers are few and far between. Luckily, Tep Boprek aka TBP, an influencer and singer, has now picked up the mic. She shows off her Hip Hop skills while in traditional Khmer dress in her debut ‘Top Of The Lady.’

“As a woman has the power to solve any problem/Nothing can be abused/If you dare you would be cursed,” are the first words sung by TBP. Soon, she does away with the singing and drops some feisty bars, stating that females will not stand down and will continue to fight the oppression they face. The potent, hard-hitting raps are accompanied by a Blackpink-ish euphoric and upbeat Twerk beat. The track ends on a high note with a Khmer flute interlude mixed with dance-ready beats and an Auto-Tuned chant that glorifies both feminism and the precious Khmer culture.


The ‘Top Of The Lady’ music video is a stunning visual feast that highlights Khmer culture and artifacts. The video opens with an animation short as we see a young girl on the verge of death as opposing soldiers are marching towards her. The lights go out and live-action soldiers are stunned by some sort of magic. It is then that TBP enters dressed as a warrior goddess and leads the brutal retaliation. Throughout the four-and-a-half-minute cinematic adventure, TBP dances along with her crew in golden armor paying homage to Nokor Srey Lavo, the first empress in Cambodian history.

All the dance and fight sequences include Khmer influences, such as the Apsara dance and Bokator, the traditional Khmer martial arts. Mythical creatures in Khmer history such as the monkey-masked Lakhon Khol and the seven-headed-dragon, which is considered the Mother in Khmer blood, make appearances, too. It’s always challenging when it comes to mixing traditional art with contemporary elements while maintaining authenticity and trying to appeal to mass audiences, but TBP’s ‘Top Of The Lady’ hits all the marks and leaves us in awe.

Watch TBP’s ‘Top Of The Lady’ music video below. 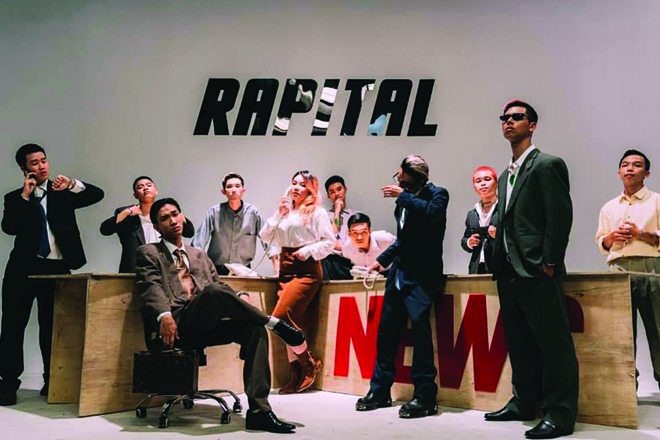