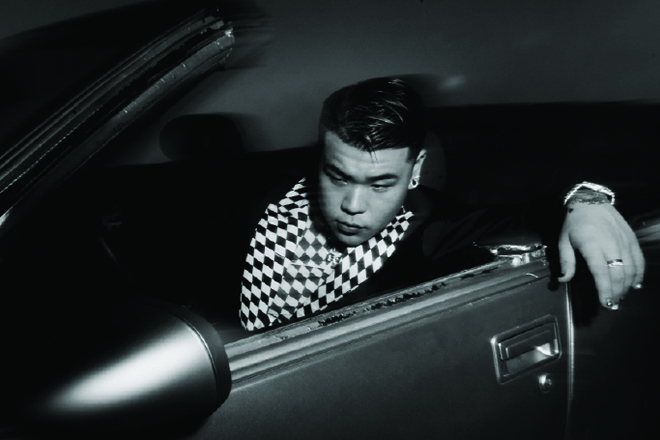 First, Masawei had the other three Higher Brother rappers join him to surprise the crowd in Chendu for the final date of his tour. Now, KnowKnow is up to bat. He’s just dropped the video for ‘帅哥 RAPPER,’ which is the first single off his second album, Mr. Enjoy Da Money 2. The album is split into three parts - Knowbody 1, Knowbody 2, and Knowbody [Deluxe], which will slowly be released over the next two weeks.

It seems KnowKnow loves trilogies. This is the second Mr. Enjoy Da Money album, which will eventually have three parts. And he’s got something to prove. Knowbody 1 shows him really rapping with the rest of the Higher Brothers, Masiwei, Melo, and Psy P. Also, he’s working with newbies like BABYBO to show the world some Trap and Boom Bap tracks. For Knowbody 2, KnowKnow’s going to be focusing more on his R&B side.

For his first single, ‘帅哥 RAPPER,’ KnowKnow goes hard with his blinged-out microphone when he raps about how life is different now that he’s a little slimmer and got a little more money. The beat is sparse and reminiscent of 2 Chainz’s ‘I’m Different,’ but that’s what makes it slap.