Drew from Multiverse drops some Taiwan Grime with ‘TOPBOY’

What does one do when they get eliminated from a Hip Hop reality show? If you are Drew from Multiverse, you go out and get a brand new tracksuit and put out the Taiwan Grime track you performed on MTV's The Rappers, ‘TOPBOY.’

Instead of calling on his fans to boycott the show or throw some middle finger emojis up to the judges, Drew wrote on Instagram, “I hope dear fans, if you like me, you are willing to support me, then just come and listen to my music and watch my performance. No need to attack other contestants or judges.”

This is a gracious move, and one that comes with the dope track ‘TOPBOY.’ Taiwan hasn’t had a lot of Grime tracks, so Drew is pushing the needle forward and making things that few people have done before. The track has a dope stuttering beat produced by Schenbeats, and Drew sounds like he’s been studying his British rappers as he rides it smoothly. Judges WTF?!?!?

In the video, Drew flexes in front of the new Taipei Arena which has taken a decade to build and is just about to open in 2023. He’s also showing his might at the 85 Sky Tower in Kaohsiung to show he’s got it going on from the north to the south in Taiwan.

Check out Drew’s ‘TOPBOY’ below. 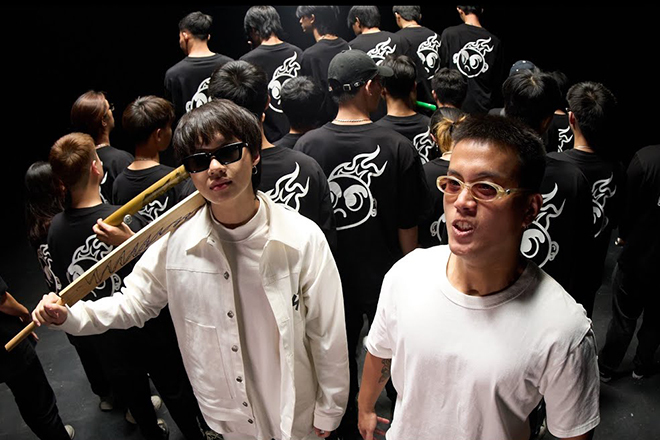