In Korea, the mukbang phenomenon has been exploding since the beginning of the 2010s. Simply put, mukbangs are pre-recorded or live-streaming eating shows while interacting with the audience. Of course, watching others eat pizza or noodles can get boring, so people in the mukbang communities have to push the limits and go to extremes to get more views. They do this by overeating 15 tacos or trying things that others might see as exotic like live squid.

A little over two years ago, sibling duo Lil Cherry and GOLDBUDDA put out a video for ‘MUKKBANG!’ on their label Sauce Cartel that exploded on the internet. In it, hipsters, gangsters, and rappers with diamond fangs mingled with each other while eating hot pot and various other delicacies. This week, Lil Cherry and GOLDBUDDA revisit their hit by jumping on Dingo FreeStyle and performing the song live in an Adidas store.

After two years, the song is even more culturally relevant because the only way to get viewers to pay attention is to do more wild shit online. While the lyrics are a hodgepodge of English words, mumble rap, and Korean slang, Lil Cherry’s lyrics “Y’all trying to eat, eat, eat, eat/I’m trying to feast, feast, feast, feast” are actually complex in their simplicity.

The song has always been dope, but now with two years of performing it, ‘MUKKBANG’ has the ability to make even the loneliest wallflower get into the middle of the mosh pit and stuff some food into their face.

Check out Lil Cherry and GOLDBUDDA’s ‘MUKKBANG!’ on Dingo FreeStyle below. 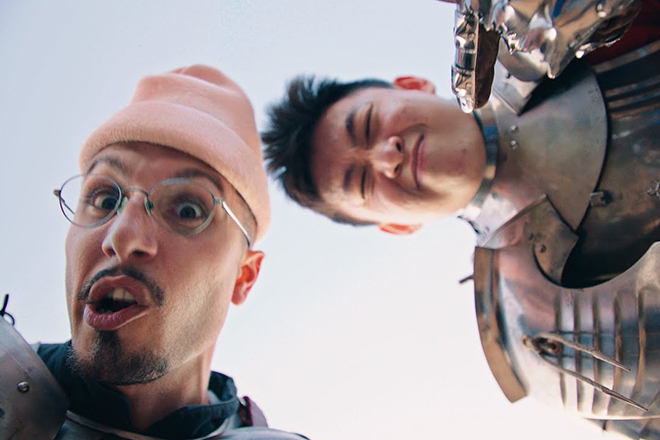