Eric San is known worldwide as Kid Koala, and the Montreal-based turntablist landed in Taiwan a week ago to give four performances of his masterpiece in puppetry, The Storyville Mosquito. Last weekend, Koala did two shows in Taipei that were well-received and beloved by adults and children alike for their sensory overloads in the best possible ways, and the smiles they brought to everyone in the audience. This weekend, he performs twice at the National Kaohsiung Center for the Arts.

LiFTED caught up with Koala to discuss the show, his influences, and what this compelling artist has in store for the future. Here is the interview chopped a bit for space.

My earliest musical experience was with classical piano when I was four. When I was five or six, I discovered Jim Hensen’s work with The Muppet Show. I discovered Charlie Chaplin’s work. I remember watching Modern Times with my parents and my grandparents. It was one of the handful of times where all three generations of my family were laughing at the same thing, enjoying each other’s company while watching a piece of art. It was a paradigm-shifting moment for me as a child.

It was also the first time I realized there was a production on TV. Prior to that, I thought maybe what was happening was real in that box. All of a sudden, with Charlie Chaplin and Jim Hensen’s work, I could see there was a magic trick happening to make that character walk up the wall. When I got into learning about the production side of it, it really blew my head open because I wanted to learn how to do that.

With The Storyville Mosquito, you almost get both the finished product and the making of it at the same time. Sometimes as a child, those behind-the-scenes moments were as interesting and intriguing as the final product.

Reading what you have been doing lately, you seem to be the perfect definition of a multihyphenate, polymath, or Renaissance person. What inspires you to learn one thing and then move on from that thing to another?

It’s really exciting to create something that involves a lot of my favorite universes from soundtrack music, scratching, cinema, storytelling, puppetry, animation, and camera work. All those things need to be synchronized like we’re 15 people on one surfboard. The whole thing could just wipe out at any moment. In a way, it’s this very bizarre band that we are playing in. I have to have my antenna up to make sure the camera is moving at the right moment and scratch the right sound at that comedic moment. It’s just very elaborate choreography, but at the same time, it’s just all the energy on stage that I’m bouncing off of.

You’ve dropped multiple albums, made music with amazing artists like Deltron and Dan the Automator, and toured with the best of the best like the Beastie Boys and Radiohead. Is there a common thread between all these cool-ass people that you’ve worked with?

Yes. Basically, everybody had their inspirations, but they found their own way of creating something. So by that I mean even when I was on tour with Radiohead, they were quoting Public Enemy lyrics. Similar to me, I was listening to Coldcut at the same time I was listening to Public Enemy and De La Soul, and I was trying to figure out where the sounds were coming from and how they made that stuff. Then I wasn’t gonna get the exact same stuff they were using, it was more like how do I do that, but how do I do that through scratching? In the end, everyone seems to be synthesizing it, making it unique to them, and taking it to a different place.

How did being Asian affect you growing up? Have you been paying attention to any Asian Hip Hop at all? Is there anyone you are into?

Yes, I started on Classical piano. That was something my parents said I should do because they heard it would make me good in math which would actually help me in my engineering career. With that said, in your teenage years, you try to find something else to latch onto. For me, that was scratching and the B-Boy scene. Asian parents at the time didn’t understand why I would spend so much time practicing or spend all my lawnmowing or paper route money on records. They didn’t understand where this was going. They did see I was practicing all the time, whereas with piano, they almost had to twist my arm to do it. So they gave me my space to do it but didn’t really understand it until a show decades later. That’s when they realized there was an audience for scratching and stuff like that.

You know what was very Asian? I asked my mom for a turntable, but she said she wouldn’t buy it for me, but if I saved up my own money, she’d drive me to buy one at the DJ store. If I wanted to take it seriously, I’d have to prove it to her. That was a very Tiger Mom situation. I support you, but you’re totally on your own. I remember saving up enough to buy one turntable and one mixer and it was the happiest day of my life.

There are parts of it that are semi-autobiographical. It’s a story about a mosquito that moves to the big city to join an orchestra. In the process of that, he finds a community to develop his musical skills, but at the same time, it’s a story about finding your voice, maturing, and learning what the important part about playing music is.

The whole point is to create a show where nothing is pre-recorded and everything is done there on the spot on the stage. It’s all performed, filmed, live-projected, scored, and Foleyed in real-time by 15 performers. What it allows for is that we are not locked to a grid. We can play off each other or the audience’s tempo. With every performance, the show will change depending on what the audience is like. In Kaohsiung, we’re doing matinee shows so there will be more families there so maybe the slapstick jokes will land harder than some of the more cerebral jokes. We roll with it and have fun, and try to localize the show a bit with a few winks to the audience by building new set pieces or adding little themes or props in the background. Just so people know this is not the same show we did in San Francisco last week.

There are a lot of moving parts - 20 miniature sets, 75 puppets, eight live cameras, three turntables, and three string players - but I hope audience members can just focus on the parts they want to or just look at the screen and occasionally see us scurrying around. It’s designed to be fun and you are supposed to enjoy the Charlie Chaplin films or Jim Hensen work I saw when I was a kid.

Is there anything you’d like to learn next or are working on for 2023 and 2024 that you want to give us a scoop about?

The thing I’m working on next is directing a CG-feature film. That’s new. I’ve done some scoring and worked a lot with stop-motion animation. Space Cadet is my second graphic novel that I published in 2010. That has been optioned and now we are in production for a CG-feature film, and they want me to direct it so that’s going to be fun.

Get more information and tickets for The Storyville Mosquito here. 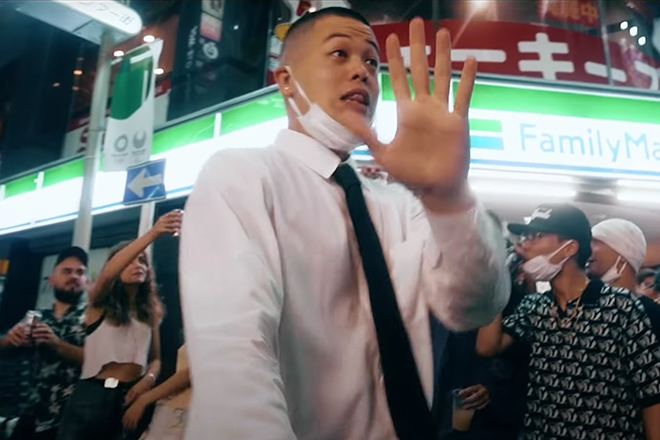