Hong Kong rapper celebrates what can be felt but not said

Wolfe bumped into April’s LiFTED cover star JB, in the Tung Chung neighborhood of Hong Kong. Soon, the MC ended up joining JB’s Greytone label. At the end of March, Wolfe released his first music video, ‘Something Cannot Be Spoken’ on the label and it struck a nerve in the Pearl of the Orient.

Wolfe started writing songs about a year ago, after a time of upheaval in Hong Kong. When he thought of what topics to write about, he realized that there was so much that could not be said. He ended up talking about this suppression, as well as limitations from social norms and cultures, without getting too political or crossing any boundaries. In the chorus of ‘Something Cannot Be Spoken’ he raps, ‘That's why most rappers choose to write songs about love/Because something cannot be spoken/There's too much we can't talk about/We ain't taking drugs but feeling unconscious’

Each country has its own limitations that exist between established cultural norms, laws and social roles. Wolfe recently mentioned in an interview with Hong Kong’s FM 90.3 radio recently, “I need to first understand the constraints of where I’m at and talk about it in a way that is pleasant to the ear and generally accepted. However, it doesn’t mean that I’m giving up my own character, because as I grew up I learned to seek the balance.”

In ‘Something Cannot Be Spoken,’ the Boom Bap beat by Dai$hin sounds like it was made on a vintage drum machine, and melds perfectly with Wolfe’s conscious Old School Rap flow. And his nearly-whispered lyrics are meaningful to his generation when he is rapping about what people feel, but can’t say.

The video’s black and white street scenes show people from all walks of life, from kids having fun to hoodlums running wild. The look in people’s eyes shows that they are empathetic, and there’s a sense of pride in their city. In the comments on the YouTube video, anonymous fans praise the video for doing things people can’t with comments like, “Thanks for speaking up for us,” or “We need more peace and love in Hong Kong.”

Wolfe’s track shows that the power of Hip Hop is in its words - both spoken and unspoken.

Check out Wolfe’s ‘Something Cannot Be Spoken’ below. 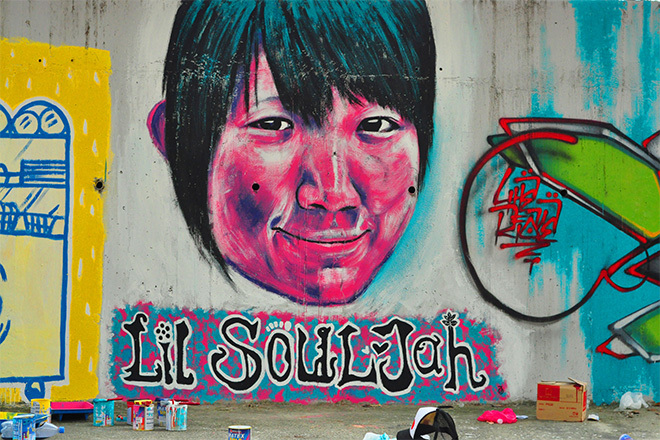