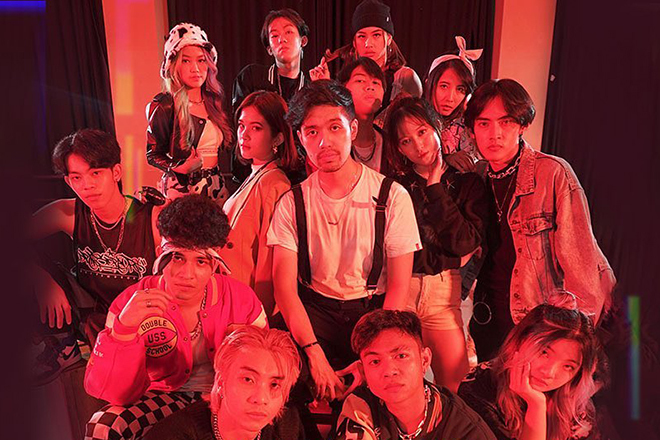 As BTS-mania sweeps the world, many people are skeptical about the musical talent of idols. Indonesia’s UN1TY is here to prove people wrong, so they recruited rappers from other crews to perform in an ultimate cypher.

The UN1TY cypher is the perfect occasion for these artists to showcase their various talents. With a melodic beat produced by Gerald Gerald, who has worked with big names like RAMENGVRL and Weird Genius, Farhen takes the lead with his crafty verse. Following up the master of ceremony, the females come out to represent with I.B., Chelsea, and Eugene throwing up some sass. Opal, Calvin, and Steve are next and they straddle the lines between Hip Hop and boy bands.

One cool thing is that Farhan brings in more ladies. Usually, if they are featured at all, it’s in a small segment and then the guys do the heavy lifting. But for this cypher, a beat switch happens and then Lady and PB lay down the groundwork for the second half of the five-minute cypher with fiery tongue-twisters in English, Indonesian, and Korean. Ridwan, Kezia, Mavin, step up near the end and Gilang goes in for the final verse.

This cypher proves that Indonesia has some hungry MCs waiting in the wings and these crews are more than just pretty faces.

Check out UN1TY’s cypher below. Rich Brian invites you into his tub in ‘LAGOON’

‘LAGOON’ goes retro and meta at the same time