Sergio Kwon has been creating quite a buzz lately for his YouTube videos where he is dropping knowledge related to Asian gang sets and affiliated rappers in California. The videos have been snowballing and his subscriber numbers have been growing on a daily basis. The humble vlogger was ecstatic in his second video thanking fans for helping him reach 100 followers overnight, and since then his following has grown to almost 13,000 subscribers. The comments on his videos reveal that followers love the gems he's dropping and his insider access to information related to the gangs, rappers, and their histories.

Born to Korean parents, Kwon and his family relocated to Los Angeles from South America when he was just a child. Kwon was exposed to gang life in his neighborhoods and through the LA County penal system - both areas rife with different gang sets. Kwon found himself in trouble at an early age, caught up with doing quick breaking and enterings in order to support his heroin and meth habits, so he spent time in and out of juvenile detention centers and the LA County Jail. With all that behind him, Sergio has now turned the page, shifting his focus to shed light on the often overlooked realities of Asian upbringings in California and the hardships these groups are exposed to.

Gangster rap is nothing new - Crip and Blood-affiliated artists have been a part of the Rap industry since the 90s. Examples are at all levels of the industry like Snoop Dogg and Nipsey Hussle repping Crip sets while The Game and YG rep Blood sets. But something new to the game is the undeniable rise of the Asian gang-banging Rap star, and that's something Kwon has been able to bring to light.

$tupid Young of the Asian Boyz [ABZ] is probably the most prolific, with his hit song 'Mando' currently sitting at over 50 million views on his AFFICIALSTHELABEL channel. Other notable affiliated Asian rappers include MBNel of the Muddy Boyz, BounceBackMeek and Javn2900 of Louis Park Westside Bloods [WSB] and relative newcomer, Rado Boy of the Sons of Samoa [SOS].

In his recent video 'The TRUTH about the LOUIS PARK WESTSIDE BLOODS,’ Kwon also covers a recent Asian rap music controversy. BounceBackMeek dropped a release 'Ugh' to much fanfare last year. Apparently, $tupid Young was the owner of the beat used, and responded by releasing his track 'Huh' over the same beat and only slightly flipping the lyrical content. Being affiliates of rival gangs, it's fortunate that this rivalry hasn't escalated further.

So far Kwon has dropped videos sharing history and knowledge on the Asian Boyz, Wah Ching, Sons of Samoa, Tiny Rascal Gang, and Louis Park Bloods with more sets to be covered in the near future. Kwon wants to show the world that gang culture doesn't discriminate and hopes his channel helps to tear down common stereotypes of all Asians growing up privileged.

You can follow Sergio Kwon on IG here and check out his other videos via his YouTube channel here. 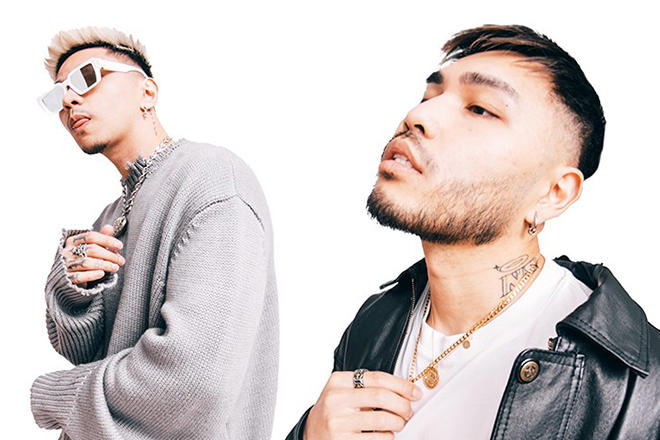