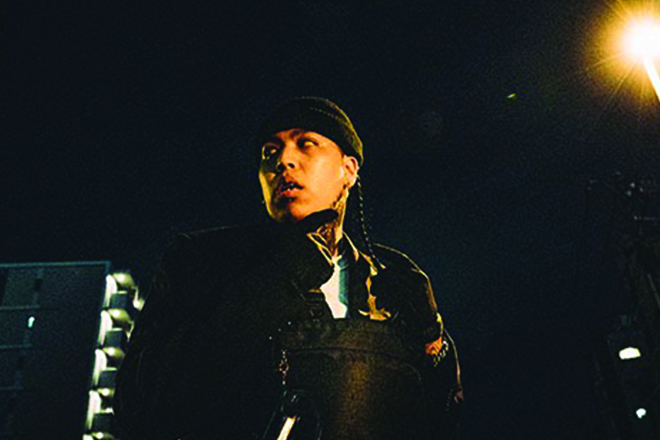 Rapper ralph is ready to disrupt the Japanese Hip Hop scene with his new mixtape 24oz. With a nod to UK genres Drill, Grime, and Garage, ralph uses his machine-gun flow and effortless lyricism to stand head and shoulders above the pack.

To be clear, everyone knows when ralph is coming. His frame is huge, and he always rocks a black bandana and ASSASSYN jeans. Once he grabs the mic, it’s unmistakably ralph because of his gravely yet bombastic voice. His style and sounds are very distinctive, like his influences Pop Smoke, Headie One, and OZROSAURUS.

ralph’s first introduction to the scene was in 2017 with his appearance on legendary Tokyo production duo Double Clapperz’s single ‘Sha Ni Kamaeru 斜に構える.’ Following that, ralph released a collab with UK producer dBridge in 2018 called ‘Dark Hero.’ In 2019, ralph put out his debut EP, Reason, and cemented his Rap game among the elite in Japanese Hip Hop with the single ‘Seflish’ that has more than a million streams on YouTube. ralph was also featured on Hideyoshi’s global hit ‘Jitsuryoku’ that sits at over two million views on YouTube. ralph also won the top slot in ABEMA TV’s hit show, Rapstar.

With these heavy credentials and a bassy voice that will hook you the second you hear it, ralph is a one-of-a-kind talent in Japan’s Hip Hop scene.

The choreographer turned rapper is ready to make you dance The future of museums is here at teamLab Massless Beijing The collection consists of 9 T-shirts & an embroidered kimono