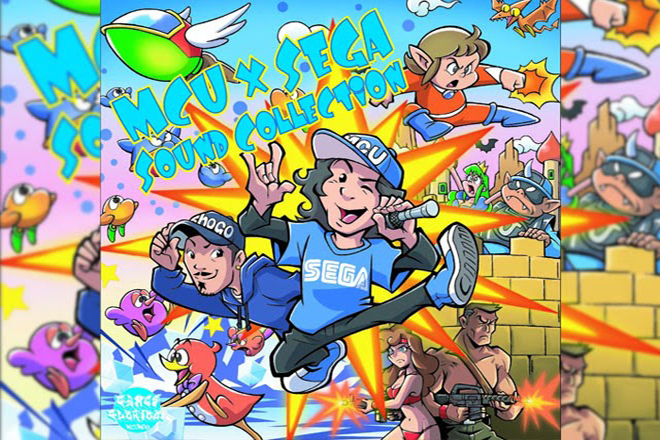 Japanese Hip Hop icon MCU is partnering with legendary Japanese multinational video game developer SEGA and clothing brand Game Glorious for a new mini-album and a collection of T-shirts and other collectibles that will be launched in June.

MCU is one of the members of the Japanese Hip Hop group Kick The Can Crew. Formed in 1996, their famous tracks include ‘Good Music’ and ‘Sayonara Sayonara.’ The crew made many appearances on Space Shower TV, Japan’s music television station. MCU is also known for being a huge gaming fanatic and retro game collector, so the collab makes a lot of sense.

Called ‘MCU x SEGA Sound Collection,’ there will be four new songs based on SEGA arcade and home video games released in the 80s, such as Fantasy Zone, PENGO, ALEX KIDD, and GAIN GROUND. The apparel collection will include three T-shirts which come in three colorways - blue, pink, and beige. The graphic for the T-shirts and album has been done by Torajiro Tsujino, who is the designer for the characters in Far East of Eden and Sakura Taisen. The nostalgic yet bold T-shirts add a playful touch to the collection. Following the album, Game Glorious will roll out hats and an assortment of accessories, too.

The items will be available on Game Glorious and Amazon Japan soon. The Punjabi rapper got his big break on MTV Hustle 2.0 this year