The graffiti legend is working with hospitality brand Potato Head

The world is running into climate change head first with no real perfect solutions to fix much. Artists and activists are calling attention to these problems with the hopes that someone somewhere will figure it out.

Futura is the OG of the OGs in the worldwide graffiti scene and his Pointman logo is known around the globe. This week, he has collabed with Indonesian Hospitality brand Potato Head and environmental advocates Sungai Watch to bring some attention to global warming. In an IG post, Futura says they are, “starting the conversation.”

In Singapore, his Pointman River Warrior statue was put on display using 4,300 black and white plastic bags collected from beaches, rivers, and waterways. The statue is on display at the N*thing is Possible art show running until December 25 at the National Design Center in Singapore.

Futura’s second Pointman River Warrior, made of motor oil bottles and water gallon lids goes on display in the Courtyard on December 6 at Potato Head Studios in Bali. Of course there will be a party on Friday December 9 at PotatoHead Bali with Yeti Out, Rub N Tug, and others. Futura will be on hand for a discussion.

Check out the video for the Futura Pointman River Warrior event below. 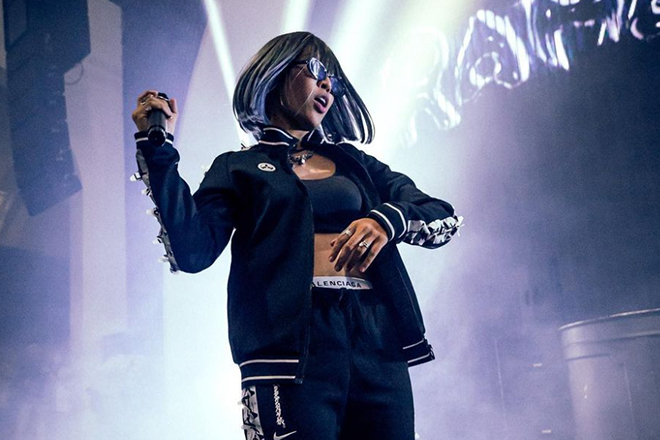 Sunway Lagoon turns into a huge concert venue this September