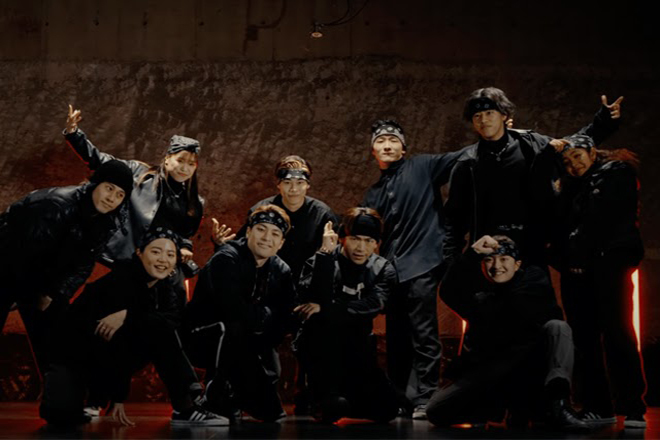 On March 6, EXILE NAOTO, a member of Japan’s leading male music groups EXILE and J SOUL BROTHERS III, uploaded a video to YouTube with his good friend FISHBOY and the members of CyberAgent Legit from D.LEAGUE dancing to ‘LOST IN PARADISE’ by ALI featuring Aklo, the ending theme to the manga Jujutsu Kaisen.

In the video, it’s easy to tell that EXILE NAOTO, FISHBOY, and the members of CyberAgent Legit have the skills to pay the bills. They bring playfulness and a sense of energy to the song as soon as the video starts by showing a bit of solo flare before going into their group routines.

Towards the end of 2020, D.LEAGUE was started in Japan to promote the growth of Japanese street dance culture. It is estimated that six million people in Japan are involved in dance competitions worth hundreds of billions of yen, so the D.LEAGUE is a big deal. COO Kantaro Kanda said in a press release, “I feel dance is the ‘best way of communication’ that transcends national borders, races, and languages.”

The CyberAgent Legit crew represents the D.LEAGUE in a big way with superstars EXILE NAOTO and FISHBOY. It’s a good look for everyone involved.

Check out the dance video and feel the energy below. A brilliant way to kickstart their year