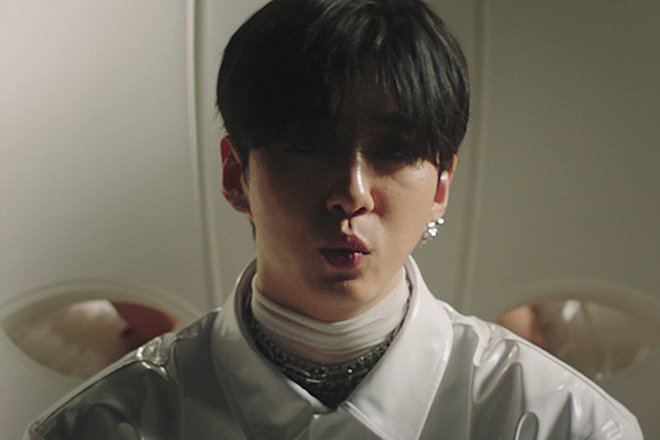 Spending two years in mandatory military service in Korea sucks for most people who don’t want to be there. Now imagine if before you went to the military, you had a career where you were in one of the most popular boy bands in South Korea, had a successful solo career, and had crippling anxiety at various points in your life.

BANG YONGKUK, who released his latest single ‘UP’ on March 2, has been involved in music since middle school. He was in B.A.P until 2018, and just completed his military service in 2021. Needless to say, his life has been going up since then.

The song, an understated Emo Rap track, feels dark and somber. YONGKUK’s baritone raps are just above a whisper, but because the track is about a lover, it works. He is definitely spitting his game in his lyrics like, “24 hours are not long enough/ No one is better than you/ No one is sexier than you/ No words can express/ You too hot.”

The video for ‘UP’ has an Eyes Wide Shut meets Kanye West ‘Runaway’ vibe with lots of ballerinas, silks, blindfolds, and people withering around under the sheets. Dancers in black ski masks are very big this spring, and ‘UP’ has a lot of them. YONGKUK refrains from cheating with any of them because he wants to get ‘UP’ with his girl.

‘UP’ is the lead single off of BANG YONGKUK’s latest six-track EP 2.

Check out the video for ‘UP’ and listen to the EP 2 below.