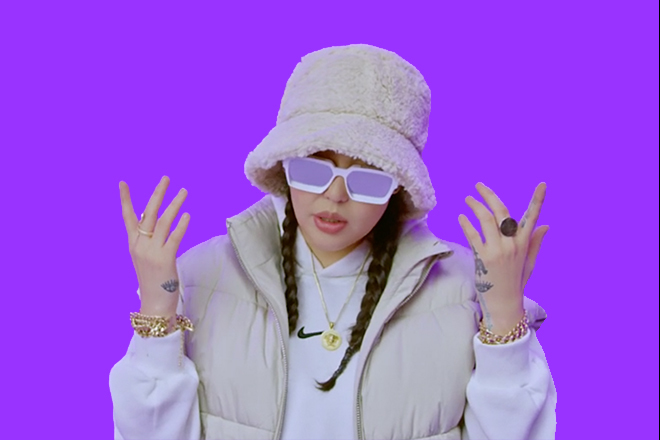 Warner Music Asia’s new pan-Asian label ASIATIC has tapped new signing Mrs M to lead its first official playlist. Her first release for the label is ‘Daughter of Khan’, a smokey, gritty Harry Fraud-produced track that oozes New York street sense. Mrs M translates that streetwise energy to Mongolia’s own lineage of Genghis Khan, and how it permeates modern-day life through strong women like herself. With ‘Daughter of Khan,’ Mrs M acknowledges her own history but brings it up-to-the-minute as she celebrates her success along with other female icons. And just as Genghis Khan’s armies once dominated all of Asia, Mrs M has risen above the male-dominated Mongolian Hip Hop scene and taken her rightful place in the pantheon of Mongolian truth-tellers that came before.

The visual for ‘Daughter of Khan’ features a number of real-life Mongolian female icons, from an Olympic female weightlifter to a 10-time Taekwondo champion to a S.W.A.T. team officer – all in their uniforms and dressed as traditional Mongolian figures. The effect is immediate, as you realize that Mrs M is not a typical Hip Hop artist who is content to rely on well-worn themes and images in her work. She has been known to tackle uncomfortable topics – like her song ‘Sugar Daddy’ – as she continues to push ideas and boundaries in the Asian market. With ‘Daughter of Khan’ she may be rapping about ice on her arm and jet-setting, but at the end she adds a heartfelt message in her native tongue about female empowerment and local pride. When she rhymes, ‘I’m the daughter of Khan, Pops told me how to live like a Don’ we know who she’s name checking.

Check out Mrs M’s ‘Daughter of Khan’ below or stream it here.