The 5 Torchbearers for the future of Bruneian Hip Hop

Brunei. This unique country is known for many things, but the immediate association one would have is them being one of the biggest oil producers in the region, racking up to 163,000 barrels per day. In 2021, the population of the 5,765 square-kilometer country amounted to 441,532. For comparison, their neighboring country, Singapore, has approximately 5.454 million citizens in their 719 square-kilometer city-state. It’s a stark comparison, and the difference in all the hustle and bustle would be evident if you stepped foot in both places.

That doesn’t mean things aren’t popping off in Brunei. No matter where you go or where you look, self-expression through art will always be present. Hip Hop is no exception to that rule. The genre is known for pushing boundaries, purveying alternative lifestyles and views, and also creating good times all around. Although the Bruneian scene is still very much in its adolescence, LiFTED has been keeping an eye on some of its boldest and brightest.

We were given a glimpse into the brilliance of Bruneian Hip Hop through theirremix of what was arguably one of the most viral tracks of 2021, FORCEPARKBOIS’ ‘Lotus’. But who’s going to be the leading light in Brunei’s Hip Hop circuit? Who’s the illest? Who are the torchbearers for the future of Bruneian Hip Hop? Look no further.

It’s impossible to nail down a specific flow and sound that SNAILGOD purveys, and that’s intentional from the Bruneian MC. It’s dexterous and free-flowing, and he’s having fun channeling his own unique sound. In a time where everything tends to be overproduced and sounds similar to everything else at the same time, SNAILGOD is a breath of fresh air for all to take in.

He has also brought his wares over to Singapore, collaborating with MCs likeBazeel and producers such as Foxela. His hustle isn’t to be questioned either, having a steady string of releases since 2019. SNAILGOD is carrying the flag of Brunei high. RIFF brings that sound of early 2000’s R&B and Hip Hop, and yet, he makes it still feel completely fresh. The Bruneian artist does it all, whether that’s a sing-song or spitting the heat – he’s got it packed and ready in his locker. Put on any RIFF tune and all you’d want to do is kick back and flow with them because they are incredibly infectious. Don’t get lost in all that sauce, though. There’s always a story behind an artist’s lyricism, and ASMAI’s seems to be one drenched in heartbreak and love. One can tell that the Bruneian artist takes inspiration from the realms of moody R&B and the likes of The Weeknd and Brent Fiyaz while incorporating his very own flavor. When it comes to spitting, the independent artist takes from who he regards as one of the greatest rappers of all time, Eminem. He cites Marshall Mathers’ wordplay, double entendres, and bending words to rhyme as something he’s a big fan of.

If you ever needed something to soundtrack your nights filled with longing for a long-lost loves, ASMAI’s discography is something to dive into. 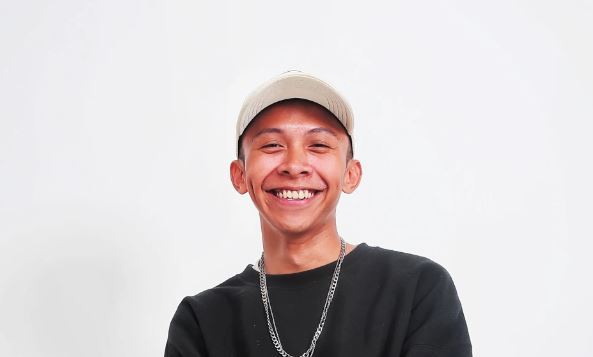 Swanz is another name on this list that brings that R&B touch that we all know and love. With two albums under his belt [one being a stellar collaborative effort with RIFF], and multiple singles, there’s a whole lot of Swanz sounds to indulge in. His tracks have sultry undertones, catchy hooks, and surprise drops of bars to tie it all together. Supahmiyagi oozes utter suave in all that he does — whether that’s him dripping out in the freshest of fits or gliding lyrically with the sleekest of flows in his rhymes. There’s a solidified sense of confidence in his approach, and it’s evident in the way he enunciates every word he spits. He knows exactly what he’s showcasing and that’s Supahmiyagi.