Anyone who walks the streets of Taipei knows that Mr.OGAY gets up. His A-puî character is everywhere from huge murals at Graffiti Park in Ximending to electric boxes on the side of the road and on walls in abandoned buildings. He’s on stickers, hats, jean vests, spray cans, backpacks, T-shirts, skate decks, beer bottles, and more. It’s only right that Mr.OGAY is now getting in your pocket by selling a classic Hip Hop sticker pack on Line.

Mr.OGAY is Hip Hop through and through. He’s been all city since 2000 and has been invited to New York, China, Thailand, and Japan for exhibitions. Now, he wants to be on your phone. “Line is the most popular communication software used by Taiwanese, and its sticker functions are also very popular,” Mr.OGAY said in an interview with LiFTED. “It just happened that the recent epidemic situation caused me to have more time in the studio, so I started to conceive the theme of the new stickers. And since I love the culture of Hip Hop, this series of stickers was born.”

Instead of beautiful images like others paint, Mr.OGAY’s focus is ugly. His character A-puî is overweight, has a snotty nose, and a lot of times is balding or losing hair. “I wanted to be different, so I painted it deliberately ugly and I used all the ugly elements such as obesity, baldness, snot, and saliva. I wanted to create a character that everyone would be impressed with and grossed out by, so A-puî was born.”

After releasing the Line series A-puî So Hip Hop, Mr.OGAY came out with a chart to explain to his friends who each character is, where he got the inspiration, what they mean to him, and what his favorite song is from each star. When LiFTED asked Mr.OGAY which sticker was his favorite, his answer was simple: “Word Up is another way of saying ‘What’s up’ or ‘OK’ from the past. If it is used now, it will make people think you are very Old School. I drew LL Cool J with Word Up to symbolize the Old School but also my confident spirit with this group of stickers.” 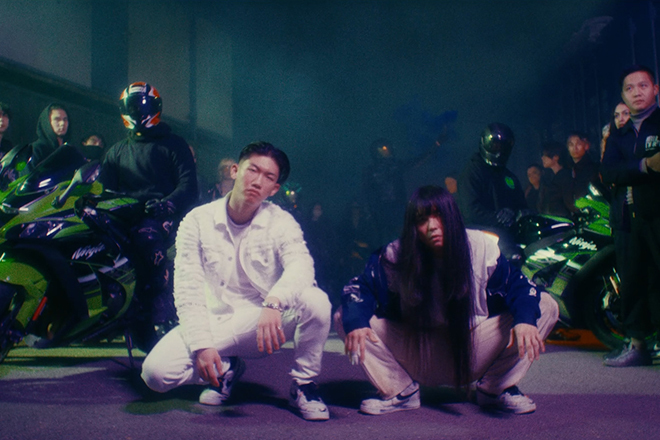