Miyachi & ANARCHY are assassins in the blood-soaked ‘MAINICHI II’

In Japan, the salaryman is a white-collar worker who regularly puts in up to 80 hours per week at his or her job. These people are loyal to the company but also lack individuality. Some of the most famous pictures of salarymen are on trains trying to catch some sleep on the way to or from the office.

Miyachi is anything but a salaryman. He’s one of the most creative rappers out with his lyrics and his videos, plus he does man-on-the-street interviews, which are hilarious to many. Two years ago, he made ‘MAINICHI,’ [Every day in English] in which he was the protagonist salaryman. He works like mad and in the end, he was close to committing suicide before he got shot in a toilet.

Last week, Miyachi made a sequel to that video called ‘MAINICHI II,’ where he gets joined by fellow Japanese rapper ANARCHY. In part 2, Mayachi has survived the bullet to the brain and is out for revenge. He shaves his head and is off to the boss’ office for an assassination. With a bandaged head, he gets boss one and two and meets up with ANARCHY. Together, they go for the big boss and the guy that shot Miyachi. Bullets and blood are everywhere and the two killers make it out alive. Soon, they are on their way to the airport for their third round of business to find the Salarymaker in America. The police stop them and the video ends in a cliff-hanger.

Will we get part 3 soon or have to wait two years? Only Miyachi and his team know the answer to that. With its cinematic qualities and hard gangster aesthetic, people will be looking forward to ‘MAINICHI III.

Check out Miyachi and ANARCHY in ‘MAINICHI II’ below.’ 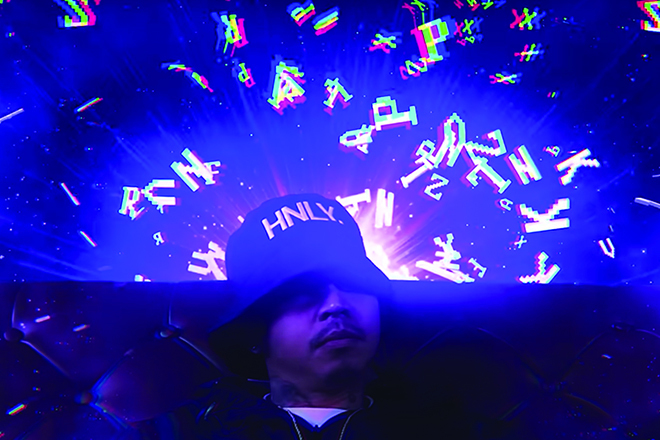