Like many younger sisters in Malaysia and around the world, Supa Mojo looked up to her older brother Jeng for music, fashion, and art. In the mid-2000s, Jeng was getting into all the elements of Hip Hop, so they trickled down to his little sister. “He taught me about Eminem. About LMF. He even asked me, ‘Can you be more cool?’ and I told him he needed to give me some tips on how to get some flavor,” Mojo said in an interview with LiFTED.

“I see my brother as this legendary figure. He was always up to mischief, defying the rules and pissing teachers off. He loved making jokes or making fun of anything. His specialty was always having a head full of strange ideas.” Mojo left Malaysia for China to study business administration and then went to the UK on a working holiday, where she started getting into street dance with Fire Dem Crew in Sheffield, and slowly learned about breaking and graffiti along the way. During this time, her brother Jeng got deep into the world of graffiti while furthering his studies in New Zealand. When Mojo came back to Malaysia, the two of them bonded over their love of Hip Hop and even went on some bombing missions. One time Jeng made a huge mural of Mojo, and got her to write ‘Lil SOULJaH’ underneath it as their first collaboration. For work, Mojo joined an event company organizing Floor Combat, an annual breaking event in KL, and Jeng was curating a book about the emergence of Malaysian graffiti with the National Visual Art Gallery.

Things seemed normal until they weren’t. Unknown to many, Jeng suffered from Bipolar disorder and had been taking steps to get better. Unfortunately, he hit rock bottom.

Mojo’s world stopped. Her brother was no longer there. Her idol. Her teacher. He was gone in an instant.

For a year, Mojo was on autopilot. She went to work, but she felt like she wasn’t there. She was mad, sad, angry, surprised, and didn’t know what to do. The National Visual Art Gallery contacted her to ask if she wanted to help finish the book that Jeng had been working on. She did and it was released in 2012. “It took a few years to make peace with it. I’m telling my brother’s story, but I have to do it for myself.”

Slowly, Mojo started working on creative projects. She did some educational workshops with kids. She collaborated on murals with her partner, Noyz134, and joined The Secret Hideout art collective, participating in art exhibitions. She was also part of 321 Studios, a multidisciplinary artist-run movement that encourages creative cross-collaborations in Southeast Asia and beyond. Along the way, she started as a ghostwriter for some MC friends, and then eventually got on the mic. “This was a new channel to express myself, and it was an exploration to find my voice,” Mojo said. While Mojo started being active in art and HipHop projects, her parents didn’t like the fact that she was taking after her brother. “My mother didn’t agree when I started getting into arts. To her, it was like a constant reminder that my brother was no longer with us,” said Mojo.

“Diving into it head-on was my way of healing, but It is a tough journey to navigate for our family, and in all realness, no parent should ever have to lose a child to suicide.”

When asked if her mother approves of her being in art a decade later, Mojo replies, “You know Asian parents. She low-key shows support by liking my posts on Facebook."

For the 10-year death-anniversary of her brother, Mojo recorded a three-song EP in Mandarin, Home Will Dream, with Korean producer Dae Kim, “Even though he didn’t understand Mandarin, he was able to produce music that brings out the raw emotions.” Out of the three, the second song was the hardest to record. “I’d get myself into the zone and make myself cry. I wanted to express a mix of anger and hurt but not totally drown in sorrow,” said Mojo. By the third song, Mojo eventually found peace by allowing herself to embrace the pain and transform it into strength to move forward.

Home Will Dream EP comes with a three-song CD, and also a copy of the Graffiti KL book that Jeng published with the National Visual Art Gallery. A part of the proceeds goes to Life Line Association Malaysia and their fight to help those with mental health and psychological issues.

For Supa Mojo, she believes her brother is still looking out for her. “The book was his homework for me to complete. I'll take it as a gift. It has opened up another horizon, forcing me to break through my comfort zone, and so much more. We'll talk about it when we meet again. Home Will Dream is my gift for him.”

Supa Mojo's Home Will Dream EP is supported by Fudo Records, and comes with a copy of Graffiti KL. It can be ordered here.

Supa Mojo's Home Will Dream EP can be listened to below. 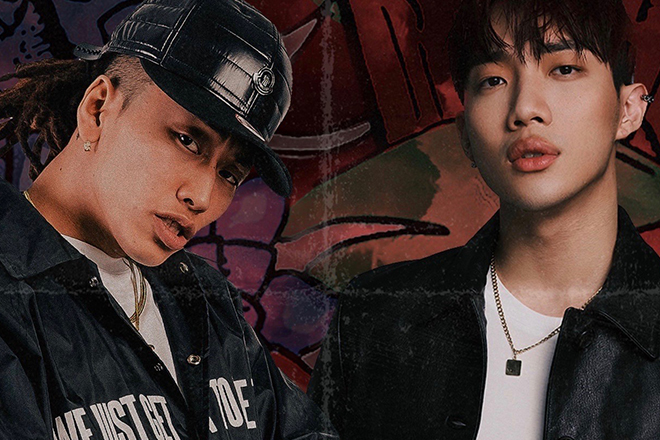