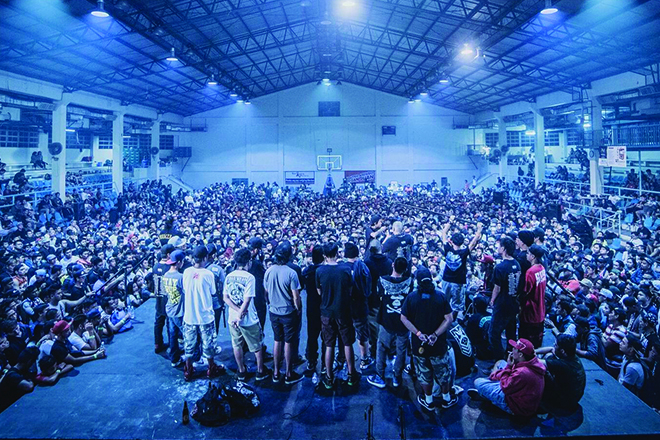 Being the most-viewed Rap battle series - with 1.7 billion YouTube views and counting - is no easy feat. FlipTop, the Filipino Rap battle league, is the holder of this title and it is the biggest battle Rap league in the world.

FlipTop, which was started in 2010, has always strived to work towards its goal of showcasing local Hip Hop’s finest talent. The battles have many variations that work in different settings. One-on-one, two-on-two, five-on-five, royal rumble battles, femcee battles, and intergender battles are just some of the ways that FlipTop has kept people interested in battling over the years.

FlipTop Battle League’s head and founder, Alaric Yuson, said it best, “We try to keep it as all-inclusive and as well-balanced as possible by selecting among the best, the most deserving, and the unsung.”

He continued, “I just wanted to provide the platform. I knew the talent was always here. If the rest of the world were only able to understand, they would realize how genius these guys are.”

There are multiple possible reasons for the success of FlipTop. Many aspects of the Filipino culture are brought together in battle Rap such as the natural staccato rhythm of the language, a love for boxing, and the influences of the USA and Spain. These elements can clearly be seen as battle rappers can whip the crowd up into a boxing match-style frenzy with a few good punchlines.

Battle rap has exploded in the Philippines. Filipino culture and language have made the scene completely unique and made the Philippines home to one of the most exciting rap scenes on the planet.

Learn more about FlipTop below.