As soon as Miss Ko laced up her Adidas shelltoes and stepped onto the Taiwanese Hip Hop scene, heads turned. Then, those same heads started bobbing to the grooves. There were no professional female MCs that rapped in Mandarin at the time so the Taiwanese-American, who was brought up in NYC, got a lot of love right off the bat. Her first album in Taiwan, 2012’s Knockout, rocketed straight to number one and earned Miss Ko her first Golden Melody Award [Taiwan’s version of the Grammys] for Best New Artist.

Soon Miss Ko was being compared to Missy Elliot and Oprah, shooting videos, magazine covers, and even becoming a spokesperson for McDonald’s. She put out two more albums and was living that Hip Hop life that Biggie talked about when he said, “It was all a dream…”

Except that it wasn’t.

Behind the scenes, Miss Ko was getting burned out by everyone and everything. Even though she was nominated for Best Female Artist in 2018, she wasn’t feeling it. One day in Korea after being given the VIP treatment, she made a late-night, tear-filled call to her mother in NYC and they decided she needed to stop. Then Miss Ko disappeared. She shunned the spotlight as well as social media and has been living her life on her own terms since.

Now, she’s back to say goodbye.

Miss Ko has released ‘My Legacy,’ a shot of ‘lyrical caffeine’ as a farewell to her fans. She’s saying goodbye, but doing this song and video her own way and on her own timeline is how she works best. So fingers crossed that this might not be the final goodbye yet.

The LiFTED 5ive caught up with Miss Ko to get the scoop on what she’s been up to, her new song, and what lies ahead. After watching your video and reading the press release, instead of a return, this feels like your ‘goodbye’ video. Is that right? Can you tell us what you hope fans get from it?

Yes, it’s a song about exiting the spotlight to find normalcy and ultimately freedom. After having an unbelievable music career in Taiwan [where I learned Chinese, wrote songs in it, performed all over the world, shot music videos, magazine covers, commercials, even served as spokesperson for McDonald’s], I also began to feel like I was becoming a machine. This song is about breaking free from all of that and becoming my best self, finding the light after darkness, and giving it back to those who need it. The song translates to ‘lyrical caffeine’ in Chinese which is what I hope fans get from it. Was there any one incident that happened that made you want to step back from the spotlight?

I can’t say there was any single incident. It seems as though it was a culmination of everything combined but I do remember the exact moment I realized I had to stop. I was in Korea for work. I flew there first class, stayed at a five-star hotel, was eating a delicious plate of salmon and I could not feel a single emotion except fatigue. It was as if I was a robot and even though I knew how appreciative of everything I should be, I felt completely numb. I called my mother that night and cried for hours and she told me it’s OK to stop, which is why I ended up taking a break. This year, it seems that a lot of famous women that are put in stressful situations are taking a step back and saying “It’s OK to not be OK with this.” Did seeing Simone Biles or Naomi Osaka wanting to take a break have any effect on you?

It did not affect me directly but I could understand what they may have been experiencing in terms of stress [needing to perform your best in front of the world], battling the negativity [hateful online remarks] on top of the sometimes excessive media attention. It can be a lot of pressure for anyone, not just them, but I feel like they handled it with honesty and grace. No one is perfect and it’s OK not to be OK at all times. In your song, you mention that you referenced not wearing make-up anymore. How did you come to that decision?

I don’t typically wear makeup. It was just never my thing. But back when I was performing every day I’d have to spend hours at the salon doing hair and makeup every day. Apparently, it’s standard practice when you’re going on TV, performing, or going to be in the public eye.

Did making a new song and video get the blood flowing again? Or is it more of a farewell? What does the future hold for Miss Ko?

Yes, it definitely got the creative juices flowing. Also because I did it independently this time [without a label] and paid for everything out of pocket, I was able to fully execute my vision without compromise and create my own deadlines, which feels like the most favorable way to create, and how I’d love to approach it in the future, too.

Watch Miss Ko 'My Legacy' below. 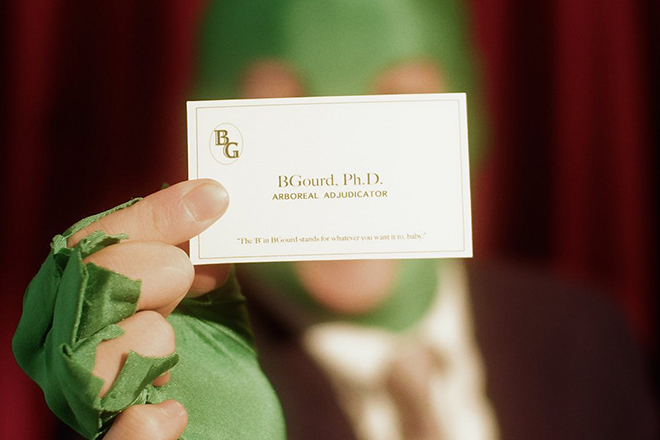 PRADAA raps circles around her competition on 'Clown'

This is the Thai rapper’s third release of the year Homeboy’s new track is a ‘Banger’