“I love how people react to street art. It doesn’t matter if they are thrilled or shocked, it still brings me joy.”

Singapore is no doubt the ‘cleanest’ city in Asia, if not the world. Famously known for its rigid public pursuit of spotlessness, the Lion City is relentless when it comes to maintaining an immaculate environment. For example, selling bubblegum on the streets of Singapore will incur a US$1500 fine. Littering candy wrappers or cigarette butts will cost US$10 while littering bigger items like cans or bottles will require an appearance in court. It only makes sense that a nation that puts so much emphasis on being clean also has extremely harsh regulations against unauthorized graffiti. If people are arrested for vandalism, which is considered a serious offense, they will face jail time plus caning, which can be up to 24 lashes on the butt with a long and thick rattan stick.

Despite these harsh laws, ANTZ has turned the strict streets of Singapore into his canvas. Born and raised in the cultural melting point that is Singapore, ANTZ has been exposed to a variety of unique artistic influences over his 17 years in the game. ANTZ first became known for his massive mural project of The Monkey King, a household character from the Chinese folklore Journey To The West. Now, the veteran is recognized by art lovers, for being a part of the renowned crew RSCLS which aimed at promoting street art, and last year he was picked by the Singapore government to be a part of a Hall Of Fame project. Now, let’s dive in with ANTZ. Tell us about yourself . When did you start painting your first wall?

I have been in the graffiti game - legal or illegal - for 17 years already. I graduated with a 2D animation degree, so that’s kinda where I started off as an artist outside of graffiti. I am currently a graphic designer and an illustrator.

I instantly got hooked on graffiti when I started. It was so addictive. The first time I did a street piece with cans, I was still in the military. That was a wild experience because I ran into a couple of the OGs. It was very noticeable considering back in the days, there weren't many Chinese kids doing street art and I managed to offend a lot of people because I was not aware of the street rules like painting over someone else’s work. It also didn’t help with the limited amount of legal walls we had back then, so everyone just gathered at a tiny skatepark and did their work. Eventually, I started expanding my territory to do illegal pieces on trains, alleys, and out on the street - all self-taught. I love how people react to street art. It doesn’t matter if they are thrilled or shocked, it still brings me joy. Have you ever been arrested before for doing graffiti?

Yes, for sure. I was caught red-handed four times and was charged around eight to nine years ago. That’s when I knew shit got serious, but thankfully my lawyer managed to get my sentence down to community service. I actually enjoyed doing the community service. I got to cook for homeless and older people, cleaned the drains, helped with pest controls, all these ‘punishments’ allowed me to give back to the community. The judge also assigned me a bunch of art classes at a children’s care facility after reviewing my profile so I could use my talent for good. I was also sentenced to house arrest and curfews alongside the community services, which were the downside of all these. I am sure this is expected for everyone who is committed to street arts in Singapore, but this did not stop me. I have now toned down my illegal stuff and I practice mostly on thrown-away electronics like old TVs now that my studio is located in an industrial area.

Funny story, I was doing a street piece when I was visiting Hong Kong and got stopped by the police, too. Pre-Covid, I flew out to do a lot of street painting at international festivals.

What is the charm of doing street art/graffiti for you?

I love how people respond or react to my work. Like whenever I do a huge mural, people are shocked that I can do it solo. Sometimes you get praised, sometimes people complain, but this is all part of the artistry of it. Another thing is that I can spread my message via this platform that is my art. A huge part of my work is merging traditional Chinese art and contemporary graffiti, and I use art as a vehicle to pass my message and to bring people back to their cultural roots. I occasionally do political work, too, but those are more for galleries. The Monkey King is a household character from the literature classic Journey To The West, which I grew up watching multiple TV adaptations of. To me, the Monkey King is a mockery of human beings as the character is constantly fighting against the system. In the novel, he got severely punished for questioning the system. One time he was trapped under a mountain for 500 years before being released. As someone who studies Buddhism, I find it very inspiring, so I just picked up this character naturally. I used to go by monkeycrapshit, too, as a tribute. You are associated with the graffiti crew RSCLS. Can you tell us more about this crew?

Meeting and knowing these guys has been an amazing experience. RSCLS, pronounced as rascal, is an artistic collective that aims to promote and educate people about urban arts. Zero is the alpha male of the crew, and he is a prominent figure in the SG art industry. RSCLS was formed by people from different backgrounds - musicians, videographers, even an ex-police officer. Despite these different backgrounds, we all share the same passion for street art. Since we are made up of such a strong cast, we became recognized by government authorities and have become the face of graffiti. We host talks and exhibitions in community centers to try and educate the public on urban arts, tell them the differences between vandalism and graffiti, and most importantly, try to get them to understand the craft behind street art.

We also run a program called ‘Solidarity21,’ in which we archive and provide an understanding of street art and graffiti by touring across Asia as we participate in street art and Hip Hop festivals. We document all the travels and interactions we have with the locals of those places.

I remember there was one time we were visiting a village in Thailand, and we hung out with the local artists and later brought them to the urban city and even flew them to Singapore so we could all exchange and share with each other. As artists, it is crucial to share, exchange, and connect with others to have a better grasp of the artistic culture of all these places. Singapore is not exactly the artistic capital of South East Asia. What are some of the obstacles other than getting arrested that urban artists may face?

The weather! It’s always so hot! Joking aside, I think the public's understanding of urban art has progressed a lot, and now we need to start to raise the bar by teaching them how to be critical of the quality of arts. This is basically a battle of quality, both to artists and to audiences. We had people coming into our studio and asking us to do some art pieces at very cheap prices, whereas there are also artists using cheap quality materials and inadequate skills. I think people are confused now. We have also had clients come in, showed us some art pieces done by artists with a distinct style, and requested for us to imitate the artists. On the business side, I get it, but as an artist, I think it’s quite insulting.

Whenever we host an art fair, many people tend to cramp everything in. People are hungry for content but at the same time, in this social-media-dominated era, they want everything to be easy-going, which results in some convenient arts where the quality is lacking. I think we need to educate the public on what is good art. It is a process, but it’s also an obstacle we have to face. We taught them how to differentiate the street arts, and now we have to teach them what’s good.

Some may think that Singapore is in a state of constant gentrification. Do you see that as an issue? How is that affecting the street art culture in Singapore?

That’s why I am doing what I am doing…pulling everyone back to their cultural roots with my art. I think partially, the local customs are dying off, but it’s not an exclusive problem to Singapore. I wouldn’t call it an issue, but it is a hefty one. As long as they don’t fuck with the food, I am cool! Compared to 20 years ago, urban art has been more acceptable by the general public and Singapore even has a Hall of Fame dedicated to local graffiti artists, which you are included. Tell us about this experience.

The Hall Of Fame was initially a building that had been under construction and vacant for the last eight years, and the government decided to get some commissioned artists to beautify the now-finished building. We just went and threw up some graffiti and murals. I am happy that our arts bring in tourists to the neighborhood, which really helps the local businesses a lot. I am doing that for the sake of the community. As an artist, I think it is a double-edged sword. We did visually upgrade the building, but trees were destroyed during the construction so I don’t really see that as a win. After all, it’s just another platform for me to promote my art.

Lastly, are you a fan of Singapore’s Hip Hop? Who’s your favorite?

I am super tight with all the players in the underground scene. All the local DJs and B-boys. They are awesome and I always try to go to every event they are in and do some crossover, like painting live at their shows. The Hip Hop community is tight in Singapore. I used to work in a club so I listened to a lot of local shit, but not so much with the mainstream rappers. They are all really good rappers but they are not established. Check out xxxxxx, who I think are some of the best rappers out there. There is a very thin line between mainstream and commercial stuff, and to me, the commercial stuff does not reach me at all. But I am not there to judge, and generally, I am happy when people are creating art that sticks to their roots.

Check out ANTZ and his crew RSCLS here to learn more about the Singaporean street art movement. 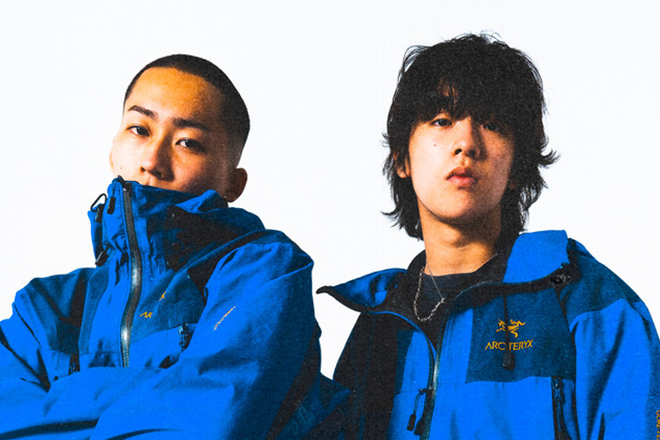